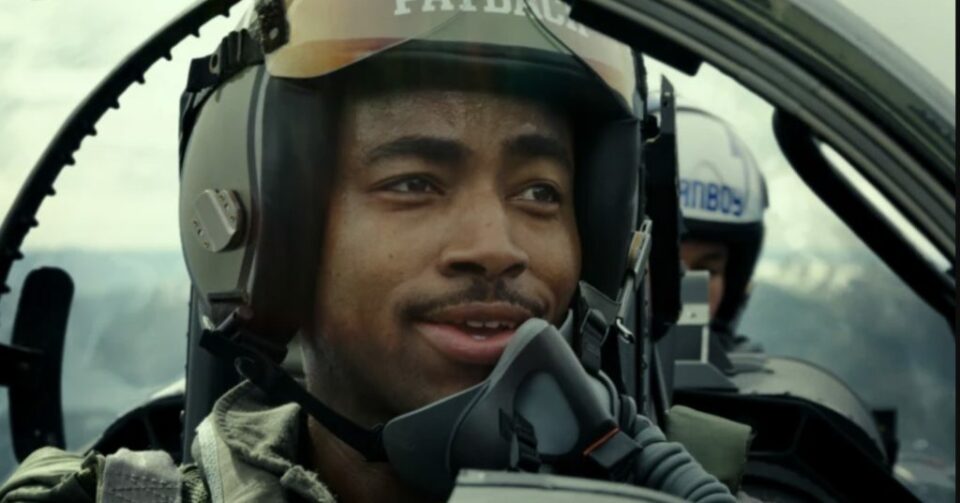 Actor Jay Ellis saw the movie Top Gun on a Texas Air Force base when he was a child, and it made him dream of becoming a fighter pilot.

Several decades later, Ellis isn’t in the military, but he is playing a fighter pilot in the anticipated sequel Top Gun: Maverick, which will hit theaters this weekend. In the movie, Ellis plays Navy fighter pilot Payback and told NBC News the film is a thank you to the real soldiers who inspired him as a child.

Ellis, who played Lawrence on HBO’s Insecure, comes from a military family. His father, both of his grandfathers, and his step-grandfather were all in the Air Force, so being a pilot in the movie is something he took seriously, adding he believes the first Top Gun was a success because it showed the experiences of Navy pilots.

“When I saw the first ‘Top Gun,’ obviously there was one Black character, Sundown, but I don’t think he was represented as fully as he could have been,” Tarzan said. “So I think that it’s really cool that we have the representation, not just of Black characters, but of many different men and women.”

Black men and women have served in the military since the Civil War, but Black actors were left out of combat roles in movies until recent decades. Military historian David Silbey told NBC News that the Navy was initially “resistant to having Black Americans in any position oriented toward combat and wanted to keep them in service positions like mess hall attendants.”

The Navy’s first Black decorated officer was Doris Miller, a mess attendant aboard the USS West Virginia, which was docked at Pearl Harbor when the Japanese attacked it in 1941. Miller helped carry injured soldiers from the ship to safety, including the ship’s commander, Capt. Mervyn Bennion. He then manned an anti-aircraft gun, using it to shoot at Japanese planes until he was forced to abandon ship.

Miller, who had no previous training using the gun, was the first Black person awarded the Navy Cross, the second-highest honor for soldiers and Marines who distinguish themselves for extraordinary heroism in combat.