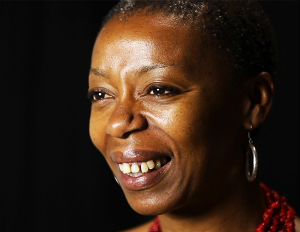 Yesterday, on Dec. 21, the producersÂ ofÂ Harry Potter and the Cursed Child made an exciting announcement that an African American actress will be playing the lead role of Hermione Granger. While the play isn’t opening until July 2016 at the PalaceÂ Theatre in London, the news has made waves across the globe via social media.

Swaizland-born Noma DumezweniÂ is set to play the adult Hermione, alongside actor Paul Thornley as Ron Weasley and Jamie Parker as Harry Potter. In the past, Dumezweni has won an Olivier Award for her role in a 2005Â revival of A Raisin in the Sun, in addition to acting in productionsÂ from the National Theatre and the Royal Shakespeare Company.

The story is set 19 years after the final book,Â Harry Potter and the Deathly Hallows: Part 2.Â The Harry Potter franchise is one of the most hugely successful of all franchises, so for a black actress to play Harry’s sidekick is a tremendous accomplishment.

However, not everyone would agree. Hundreds have taken to social media to voice their opinion, positive and negative included. Author J.K RowlingÂ has taken to Twitter to defend the backlash.