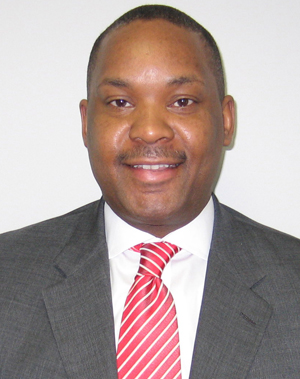 The Leadership Conference Education Fund and Anzalone Liszt Grove Research recently released their second annual New Education Majority poll, which asks black and Latino families about how American public schools are educating their children. (The term “new majority’ refers to the fact that children of color now constitute the majority in school.)

The poll reveals that, not surprisingly, both black families and Latino families continue to see their children as underserved.

Wade Henderson, president and CEO of the Leadership Conference on Civil and Human Rights said in a statement, “Black and Latino parents know that their children aren’t getting the best education we can provide them. These results should be a clarion call for policymakers who must come to terms with the fact that for any education policy to be successful, it must be responsive to the needs of the children who make up a majority of public school students in America.”

Key findings from the poll include the following (from the Leadership Conference Education Fund’s press release): 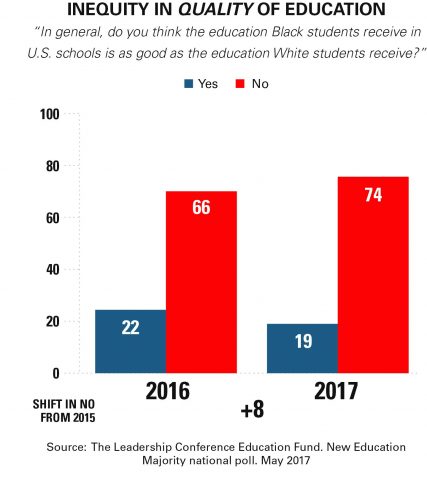 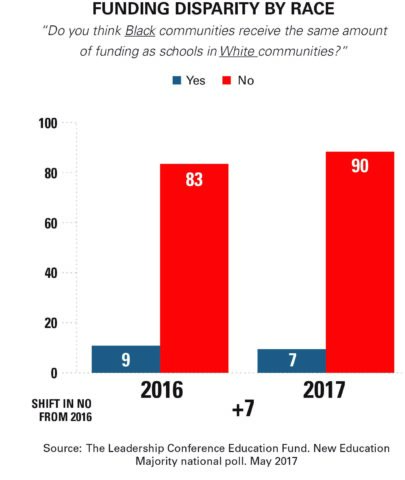