Black Architects: 'Columbia Shut us Out of $6.3 Billion Harlem Campus' 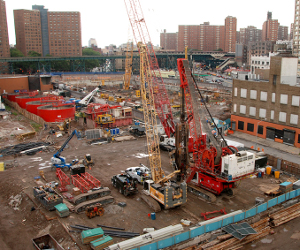 Arch527, a group of African-American Harlem architects, claims that its members were shut out of Columbia University’s recent $6.3 billion campus expansion into West Harlem.

While members of the group have backgrounds that include working with world-famous architectural firms, as well as the highest certifications in the American Institute of Architects, they were offered only small projects such as moving a reception desk a few feet.

Arch527 member Mark Barksdale does not feel the university is living up to their part of the agreement.

“This is a $6.3 billion project in our community, and we are not getting to participate,â€ the architect said.

“It’s like training for the theater and someone offers you a part in your daughter’s school play. It’s insulting work,â€ said another architect, Zevilla Jackson Preston, who was asked by the university to submit a bid to move a reception desk.