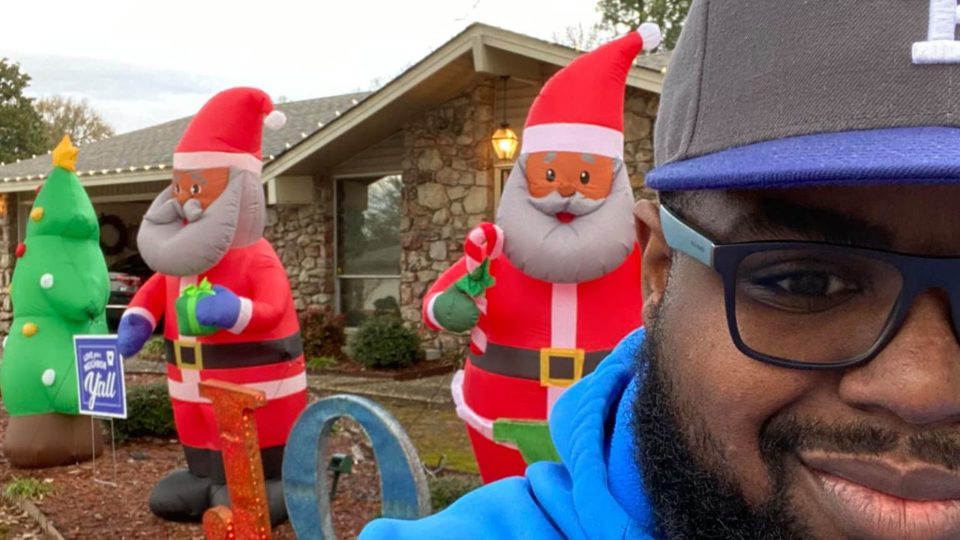 According to TVH11, a Black man who lives in North Little Rock received a note from a white man who had an issue with him putting up decorations that included a Black Santa Claus. Chris Kennedy, who has been living in his Lakewood home in for three years, says he never expected the letter he received in the mail. The letter that Kennedy received said:

“Please remove your negro Santa Clause yard decoration. You should not try to deceive children into believing that I am a negro. I am a Caucasian white man to you and have been for the past 600 years. Your being jealous of my race is no excuse for your dishonesty.

Besides that, you are making yourself the laughing stock of the neighborhood.”

Kennedy told CNN, “The real thing that angered me was the fact that the person who wrote it suggested I move out east where I guess they feel all Black people live.”
Kennedy stated that an image of a white Santa Claus who had hand gestures with two thumbs down was included with the letter. He also said that the label that was affixed to the front of the envelope had resembled the Lakewood Property Owners Association’s (LPOA) logo.
But Lakewood Property Owners Association executive director Evan Blake had stated that they had nothing to do with the letter. The association gave Kennedy a free membership to the LPOA to let them know that they welcomed them to the neighborhood.
“We have never had anyone attack anyone based on their race,” Blake said. “Racism is something that we do discriminate against and we will not stand for it.”
One of Kennedy’s neighbors, Dennis Smith said, “It’s done my heart good to see his displays for the last three years especially given who he lives next to,” Smith said. “I hate it that their family’s having to go through that but we’ve been praying for him.”