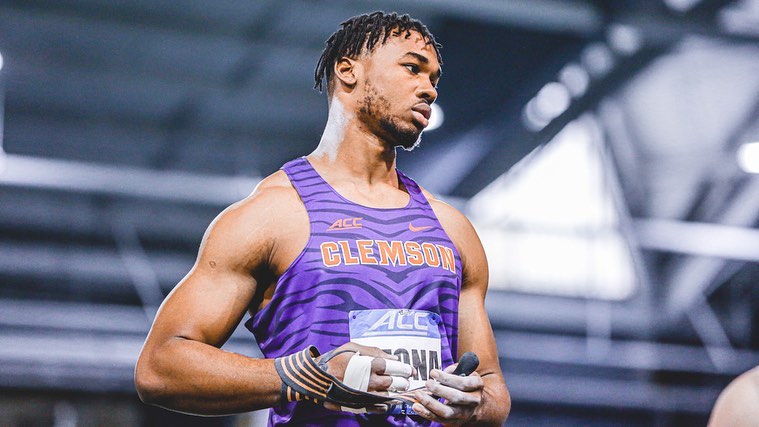 Clemson University’s decision to discontinue men’s track and field has caused many black athletes to speak out.

Russell Dinkins, an activist and former Princeton runner, recently filed a civil rights complaint against Clemson. He shared the impact that “cutting track and field teams have on Black students.”

“The goal is to save Clemson’s track program, but it’s also to let all colleges know that eliminating track programs is not an acceptable option,” ESPN reported. “You can’t eliminate a sport that provides disproportionate opportunities to black athletes.”

The community is on a mission to reinstate track programs for black athletes. Frustrated alumni, students, and parents came together for the #SaveClemsonXCTF movement. In a video released in November, advocates of the movement called Clemson’s actions racist. Also, a Change.org petition has been signed by more than 32,000 people.

Dinkins believes that schools profit from black athletes. Unfortunately, many believe that schools ignore their athletes when they are no longer generating revenue. Dinkins wants more schools to understand how limited the opportunities are for Black students on college campuses.

The daily news reported that one in thirty Black male students at Clemson is on the men’s track and field team. The cancellation of track may lead to a decrease in enrollment and financial opportunities.

Dan Radakovich, Clemson Director of Athletics, shared how cutting track would save the University $2 million.

“In our long-term planning, we looked at the changing demographics of the Clemson campus,” said Radakovich in a prepared statement. “Of Clemson’s men’s sports, only men’s track and field and cross country could provide the Department with both substantial cost savings as well as the ability for long-term Title IX compliance.”

Many Black boys who were looking forward to participating in college track opportunities may not get that chance. Some may not even enroll in University programs. Sports scholarships provided most of the financial assistance that black athletes needed.

“The story of track and field is one where kids from all over, no matter their race or income background, have more or less the same opportunity to excel,” Dinkins shared on Instagram. “It’s a beautiful story of access that universities should lean into as a source of pride, and yet so many, like @clemsonuniversity, view track and field as a burden.”