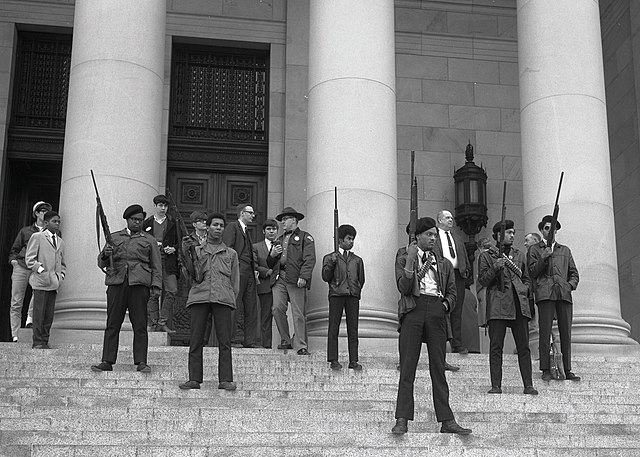 Black August is becoming recognized as the alternative to Black History Month thanks to a growing movement aimed at honoring the revolutionary thought leaders and freedom fighters of the past and present.

Jackson gained prominence for his work as a published author, activist, and radical thought leader while incarcerated on a life sentence he received after being arrested at age 18 for robbing a gas station in Los Angeles in 1960. In a nod toward carrying on his legacy, Black August has become a monthlong awareness campaign aimed at celebrating the Black freedom fighters, revolutionaries, radicals, and political prisoners living and deceased.

Supporters of the movement find it crucial to recognize Black August and honor those early activists who put their life on the line for changes that Black Americans continue benefitting from today.

“It’s important to do this now because a lot of people who were on the radical scene during that time period, relatives and non-relatives, who are like blood relatives, are entering their golden years,” said Jonathan Jackson, 51, of Fair Hill, Maryland.

Black August aims to pay tribute to many of the Black liberation leaders and movements that hold significance to the month of August. Those celebrated in Black August include figures like Nat Turner, who led a slave rebellion on a southern Virginia plantation in August 1831.

Marcus Garvey, the leader of the Pan-Africanism movement, who was born in August 1887. Events like the Haitian Revolution in 1791 and the March on Washington in 1963, which both took place in the month of August.

“This idea that there was this one narrow way that Black people resisted oppression is really a myth that is dispelled by Black August,” said Monifa Bandele, a leader in the Movement for Black Lives, a national coalition of BLM groups, who is also a member of the Malcolm X Grassroots Movement, a group that raises awareness of political prisoners.