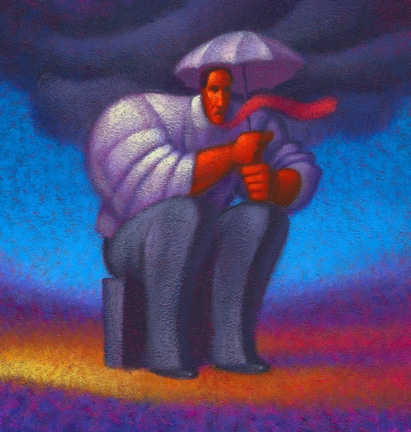 Wickware, whose auto retail business ranked 100th on the B.E. Auto Dealer 100 list with $21.2 million in revenues, took a $4,000 loss on each car sold. The move was warranted when “you have no other source to get capital,â€ he says.

African American-owned dealerships such as Wickware’s are not immune to acute U.S. economic woes blanketing the automotive industry. In many instances, minority-owned dealers are far more susceptible to lose money faster because the businesses are typically first-generation operations with smaller cash pools to ride out economic downturns.

“It’s such a capital-intensive industry that most of our dealerships have had an issue of being under capitalized,â€ says Damon Lester, president of the National Association of Minority Automobile Dealers (NAMAD).

Many dealers have made deep staff cuts. Some are considering opting out of dealerships, while others, like Wickware, are trying to shore up capital to keep their businesses going until the economy turns around. But with the credit market at a standstill, there’s not much capital being doled out from banks to keep these businesses propped up until better days.

“Not much of anything is selling,â€ Wickware says. “We’ve lost a lot of lenders. We’ve had some people come in with $2,000 or $3,000 to put down on a car but with stricter lending requirements, we haven’t been able to sell them anything.â€

Wickware needs $1 million in working capital to keep his business afloat until 2010. He says it’s “always a possibilityâ€ that his business could shutter if relief doesn’t come soon.