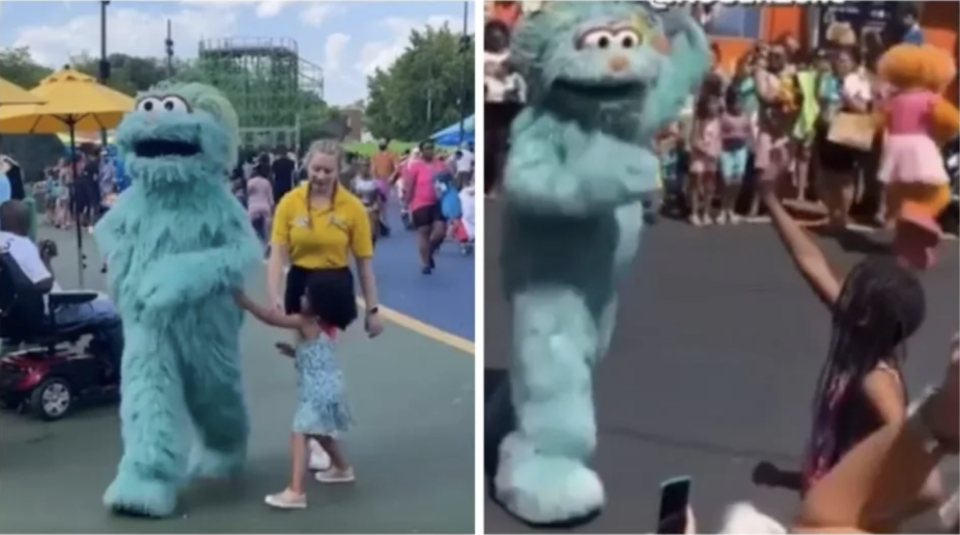 The suit comes about a week after a viral video showed two Black girls being ignored by a costumed employee during a parade at the park outside Philadelphia. Sesame Place apologized for the incident in a statement, promising additional training for its employees.

The Associated Press reports that the suit, seeking class-action status, was filed in a federal court in Philadelphia against SeaWorld Parks, the owner of Sesame Place, for “pervasive and appalling race discrimination.”

Malcolm Ruff, one of the attorneys, said they represent the Burns family, a different family than the one seen in the viral video. Since the video went viral, more families have come forward to share their stories of racial discrimination at the park. Ruff is now asking other families who have been discriminated against by Sesame Place to come forward and join the class action suit.

Cathy Valeriano, the president and general manager of Sesame Place, said in an interview Sunday that the park has been looking at its immediate and long-term internal practices.

“We are heartbroken as an organization that these girls experienced this, and that’s on us,” Valeriano told Action News.

Sesame Place also released a statement to Action News saying they look forward to addressing the claim in court.

“We will review the lawsuit filed on behalf of Mr. Burns. We look forward to addressing that claim through the established legal process. We are committed to delivering an inclusive, equitable and entertaining experience for all our guests.”

Sesame Place Philadelphia opened July 30, 1980, and has been serving families for more than 40 years.