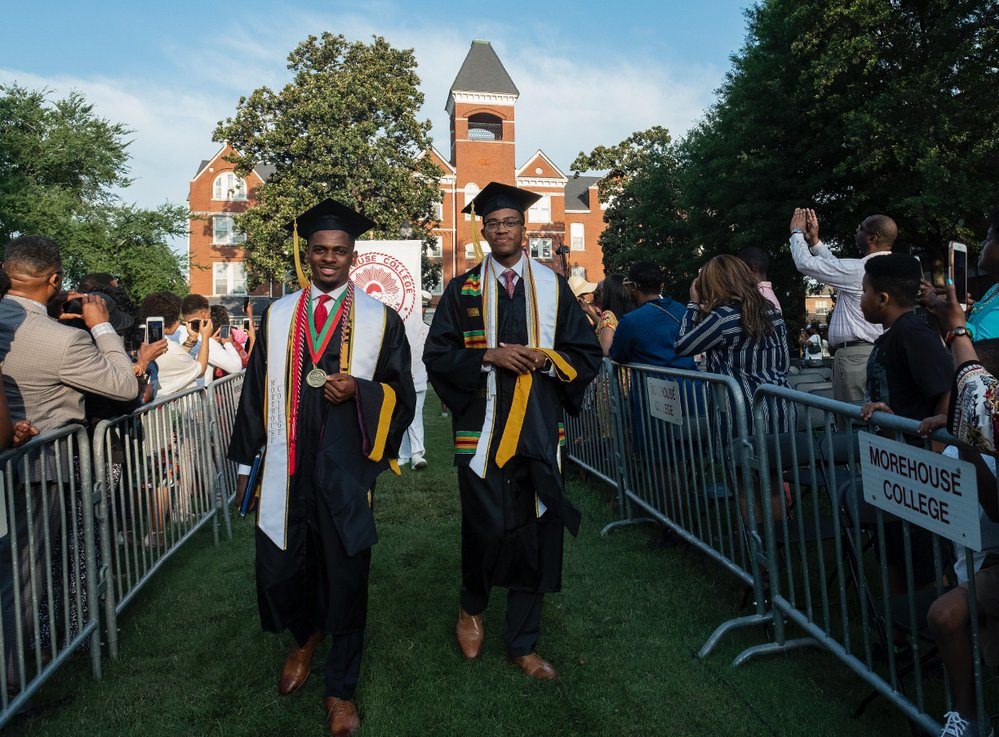 Billionaire businessman Robert F. Smith and award-winning actress Angela Basset will be recognized with honorary degrees at the Morehouse College commencement ceremony next month. Smith, who donated $1.5 million to the HBCU earlier this year, will also deliver the keynote address at the annual event.

“As Morehouse College celebrates its 152nd year of serving students, we are honored to welcome our community partner Robert F. Smith, one of the greatest business minds of our time, back to campus to share in the ceremony that is the highlight of the year,” said David A. Thomas, President of Morehouse College, in a press release. “His words of inspiration, and the presence of our other honorary degree recipients, will give the Class of 2019 a memorable experience that will challenge them to take the lessons that they learned as Men of Morehouse and become game-changers in their future endeavors.”

Smith, the founder and CEO of Vista Equity, donated $1.5 million to Morehouse in January, which will primarily be used to fund their new Robert Frederick Smith Scholars Program for underserved students who lack the resources to attend the prestigious Atlanta-based college. About $500,000 of his donation will go towards the creation of a new park and outdoor study area for students.

Smith and Bassett are just two of the more than 300 scholars who will receive honorary degrees for their dedication to leadership, service, and excellence at the 2019 Commencement. Smith will receive the Honorary Doctor of Humane Letters degree, which will also be bestowed to Edmund W. Gordon, a leading psychologist and a professor emeritus at Yale and Columbia universities.

Smith’s company currently has $46 billion of assets under management and was recognized last year as the top private equity firm on the BE100s — BLACK ENTERPRISE’s annual list of top black-owned companies in the nation. With a $5 billion net worth, Smith also tops the list of wealthiest African American billionaires in the country.

Morehouse College’s 135th annual commencement will be held May 19.