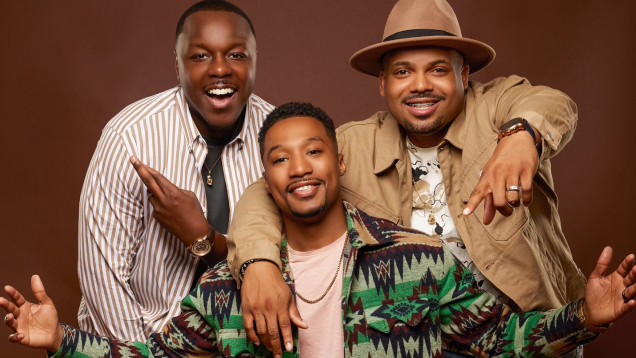 A Black-owned company based in Chicago is giving back to the community while offering others a chance to make an investment in their business.

The company, The Black Bread Company, which was recently featured on CBS Chicago, launched last year in February of 2021 to commemorate Black History Month. The owners, Charles Alexander, Mark Edmond, and Jamel Lewis who all hail from the Southside of Chicago, put their heads together and came up with an idea: to be one of the first Black-owned sliced bread companies in the world.

The idea of pre-sliced packaged bread did not come into existence until 1928. That’s when the new item was introduced and sold.

“What’s crazy is it took 100 years for Black people to be part of this industry,” Alexander told CBS Chicago. “To reap the benefits of our families and our community eating bread every day.”

Part of their business is giving back to the community they grew up in.

“You can start a business, be successful in business and still be about your people and where you come,” Alexander said.

All three owners are graduates of Kenwood Academy and they are teaching the lessons they’ve acquired over the years to students attending Chicago Public Schools.

“Thirty for 30,” Alexander explains. “Our goal is to hit 30 CPS schools in 30 days or more. Free of charge. We just want to come and show love to inspire and motivate and say we were in those seats and look what we did.”

They are also including people in investing by way of a crowdfunding project on Start Engine. The owners are giving everyday people a chance to invest in The Black Bread Company. You can invest anywhere from $250 to $20,000, which has different ‘rewards’ for each level of investment dollars spent.

Investors are able to buy into the business for $2.78 per share and a minimum buy-in of $250.20. In just within 45 days, Lewis said, “Over a thousand investors and over $700,000 dollars in investments, so now our community has a stake in our company.

“We’re proud of that, being part of our community learning and growing together and being open to new ideas and ownership.