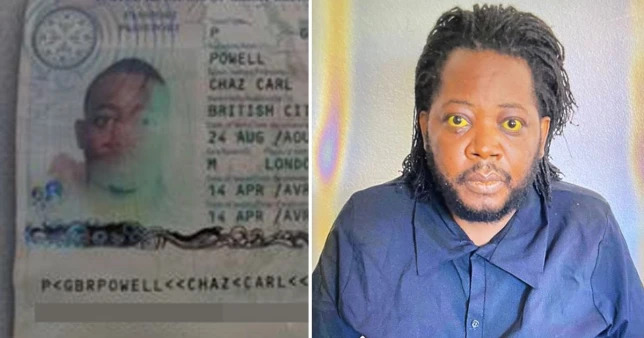 Chaz Carl Powell, a Black British man, died at a hospital in Jamaica after being denied boarding on a return flight to the UK for a blood transfusion because of a “badly damaged” passport.

The 41-year-old, who had sickle cell anemia, was in Jamaica visiting his girlfriend but was scheduled on March 9 to return to the UK to undergo his six-week treatment for the disorder — that of a blood transfusion at King’s College Hospital, Metro UK reported.

However, when he tried to leave on his flight from the Sangster International Airport in Montego Bay, St James, Powell was denied access by British Airways, reportedly because his passport was in poor shape for validation for international travel.

According to the news outlet, Powell applied for emergency travel documents at the British Consulate, but he developed severe jaundice while waiting – which is a visible sign of his sickle cell anemia. His eyes turned yellow in the process, which can be seen in the photo he took for his application.

While awaiting his travel documentation, the Camberwell native’s girlfriend, Monique Allen, took him to the hospital after he had complained of increasing symptoms such as stomach aches and difficulties eating.

Powell died on March 12 “despite doctors trying to resuscitate him,” the Metro News UK report said, adding that his death was then classified as “sudden.” His death was reportedly a result of organ failure, but police are still waiting for the post-mortem.

Powell’s mother, Sandra Powell, 60, said her son was helpful and caring. She strongly believes that her son died from the stress brought on by his passport being rejected.

“I can’t talk about it, I do not even want to think about it, she said as per My London News. To know that he actually went on holiday and it’s something he would do on a regular basis. That should never have happened, they had no right to take control of my son’s life.”

British Airways issued its condolences to Powell’s family in an official statement: “We’re saddened to hear that one of our customers has passed away and our thoughts are with his friends and family at this difficult time. Airlines are required by law to ensure that all documents presented for travel are valid. … the photo page of his passport was so badly damaged it could no longer be regarded as a valid travel document.”