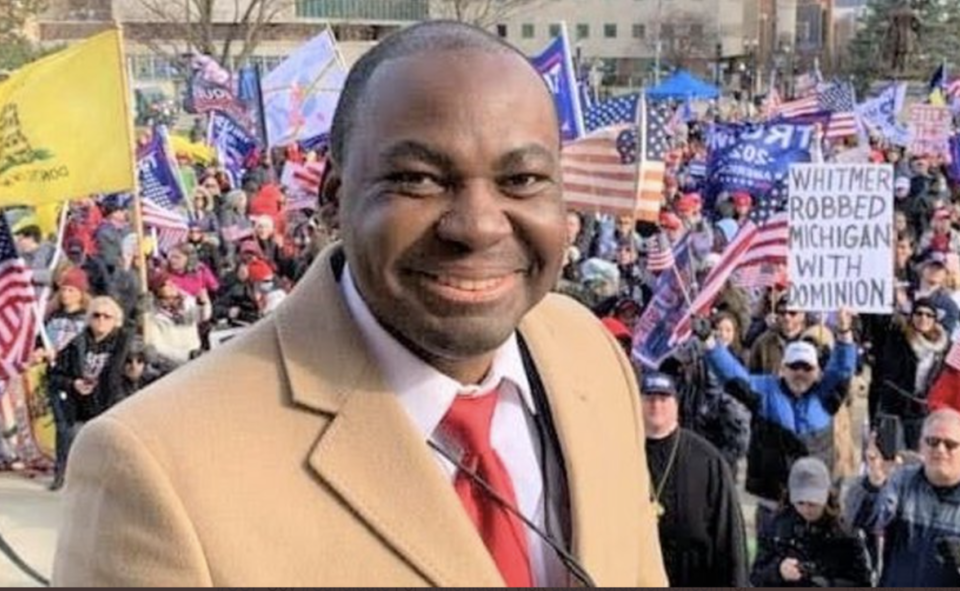 A Black Republican in Michigan declared that if he wins the 2022 gubernatorial race, he would replace Black History Month with “American History Month.”

Austin Chenge, a Black Army veteran, businessman, and the first Republican opponent to throw his hat in the political ring against incumbent Gov. Gretchen Whitmer (D-Mich.), announced via Twitter that he would cancel Black History Month on Monday.

The uber-conservative man’s “All Lives Matter” rhetoric may have garnered some support on the social media platform, but Black Twitter users weren’t entertaining Chenge’s foolishness.

always guys like this that make black republicans look so damn unbearable. This shuck and jive bullshit is embarrassing fam. Like I just want us to one day have a non house slave black republican rise through the ranks and his sole purpose is to uphold the constitution. Not this

I just know if slavery was still around we know YOU WOULD be helping massa catch slaves pic.twitter.com/lJGxwuxeKa

According to his bio, the “ever-smiling” Grand Rapids native is 35-years-old and of Nigerian-descent. Chenge is an alumnus of the School of Law at the University of Birmingham England, and in 2016, he designed the Wazobia tricycle which enhanced the lives of farmers in Nigeria.

The Nigerian delegation shut down his outrageous proclamation on Twitter also.

As a fellow Nigerian immigrant, I am flabbergasted by the profound ignorance and stony-hearted thoughtlessness behind this proclamation, and utterly embarrassed to have anything in common with you.

I am a Nigerian and we have no right to tell African Americans what to do or think, that’s their prerogative. This is part of the reasons why we are divided. This is offensive, you need to apologise to them sir.

Black History Month, initially, began as a week-long celebration in 1926. It was founded by Black scholar and author of The Miseducation of The Negro, Carter G. Woodson, according to African American History Month’s website.

The commemorative celebration of Black excellence was extended to a month in 1976 under former President Gerald R. Ford.

During its inaugural observance, Ford urged Americans to “seize the opportunity to honor the too-often neglected accomplishments of Black Americans in every area of endeavor throughout our history.”

Since Chenge announced his bid for governor, he has seemingly upheld the tenets of white supremacy. He spoke at a Stop The Steal Rally in November 2020.

Chenge’s hyperbole is aligned with 87% of Republicans who believe that “All Lives Matter,” according to a study from the Associated Press. Sixty-three percents of Democrats believe that Black Lives Matter.