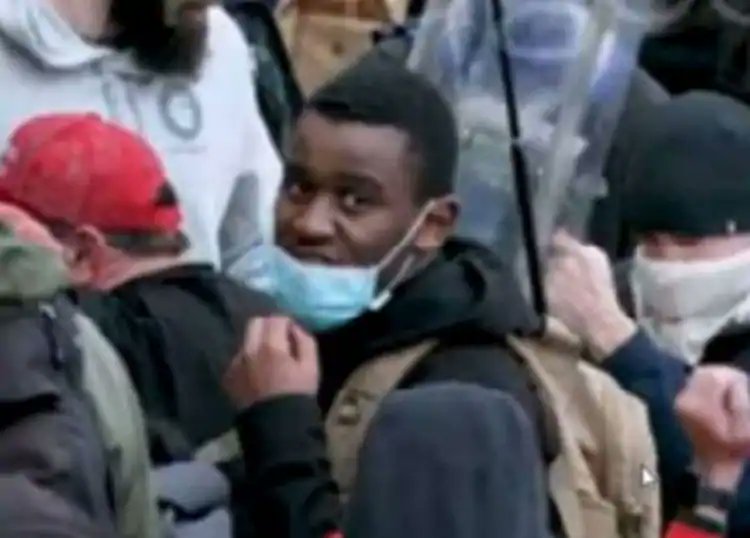 A rioter who was arrested for striking a police officer during the infamous pro-Trump riot at the U.S. Capitol on Jan. 6, 2021, is placing the blame for his actions on the former president of the United States, Donald Trump. According to Reuters, his defense lawyer has stated, “The logical thinking was, ‘He invited us down.’”

The rioter, Emanuel Jackson, who also happens to be a 20-year-old Black man from the Washington area, was recorded on video striking the protective shields wielded by police officers with a metal baseball bat as the officers were trying to defend the U.S. Capitol.

As a part of the defense for his actions and the reason he was at the U.S. Capitol that day, Jackson’s attorney is pointing to the former president’s rhetoric regarding the results of him losing the election. He is also basing his defense on the former president instructing his supporters to oppose the certification of the current president, Joe Biden, that took place on Jan. 6.

Jackson’s lawyer, Brandi Harden, wrote in a Jan. 22 court filing that “the nature and circumstances of this offense must be viewed through the lens of an event inspired by the President of the United States.”

Harden also added that her client’s actions appear “to have been spontaneous and sparked by the statements made during the ‘Stop the Steal’ rally.” She requested that Jackson be released while he awaits trial. That request was denied.

Although many of the rioters were released after committing various crimes, Jackson was not given the same privilege as his white counterparts.

Emanuel Jackson, BLACK Capitol rioter DENIED bail while most of his arrested white counterparts were released and the FBI/DOJ are considering not charging hundreds of other white supremacists who attempted to overthrow the government.

Blacks for Trump is like roaches for Raid. pic.twitter.com/ywCf0Z25eA