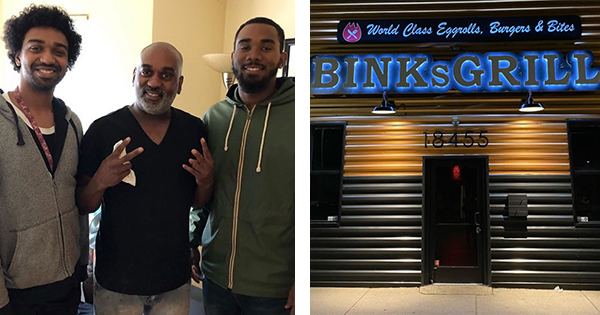 One of their most notable specialties is their soulful “world-class egg rolls” which have been a huge hit both nationally and internationally in the world of cuisine.

Chef Bink has ultimately reinvented the egg roll, a food that originated in Asia, with a whole new flavor and style. His signature dish, the Southwest chicken egg roll, combines several fresh ingredients in a roll plus a creamy dipping sauce.

His restaurant also offers other unique egg roll recipes such as corned beef, bacon, steak, cheese and veggie egg roll. Aside from egg rolls, they also have super-sized burgers, chicken bites and homemade desserts, among others.

What’s more, Bink’s Grill boasts of its fast and hospitable service alongside the hot fresh food they offer at an affordable price.