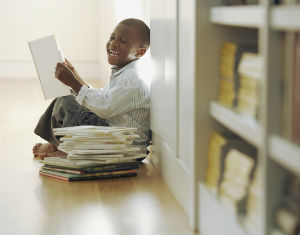 In the 1940s, psychologists Kenneth and Mamie Clark designed an experiment to assess the psychological effect of segregation on black children. Black children were asked, “Which doll looks like you?â€ Many responded by either refusing to answer the question or by crying profusely and running out of the examination room. During a particularly disturbing episode in rural Arkansas, a black child pointed at the brown doll and responded, “That’s a nigger. I’m a nigger.â€

In total, 65% of the black children who participated in the study indicated a preference for the white doll. These findings were used by the Supreme Court to illustrate the destructive consequences of ‘separate and equal’ policies and to mandate school integration in 1954. Â Â

Today, more sophisticated Â instruments, namely the Implicit Association Test, have been developed to assess implicit bias. These instruments indicate that black kids’ self-perception has improved since the 1940s. And yet, 50% continue to demonstrate an anti-black bias, according to a recent study. Â

These findings reflect the enduring legacy of white supremacy and the effect of living in a racist society. “I’m really not shocked, I am sad to say,â€ says Dr. Julia Hare, a San Francisco psychologist. “If Â you keep doing what you have always done, you’re going to keep getting what you have always had. Our children are bombarded with images every day that they see on television screens and on coffee tables; either the light-skinned female that everybody is pushing, or they give preference to the closest to white images.â€

Positive black representation in children’s books and also on television screens is an important next step in the struggle against anti-black bias.

“Society’s anti-black bias can be effectively counteracted with a pro-black bias,â€ Dr. Welansa Asrat, a New York-based specialist in cross-cultural psychiatryÂ explains. “In psychiatry, we talk about risk factors for particular disorders. However, there are also protective factors that can minimize or diminish the impact of risk factors. Exposure to anti-black bias is a risk for internalized racism and low self-esteem. However, pro-black images can protect against that risk.â€

Yet, fewer than 10% of the children’s books published in 2015 were about black people, according to a study by the Cooperative Children’s Book Center (CCBC) at the University of Wisconsin. And while the number of children’s books about people of color has increased in the past 20 years, many black children often feel misrepresented or excluded from classroom curriculum. “What the low numbers for multicultural literature mean is that publishing for children and teens has a long way to go before reflecting the rich diversity of perspectives and experiences within and across race and culture,â€ according to Kathleen Horning, director of the CCBC.

Representation in film and television is equally important. “Media creates meaning about race and ethnicity, and plays an important role in shaping the way we understand race and ethnicity as part of our identity, our history, our social institutions, and our everyday lives,â€ according to the Critical Media Project the University of Southern California.

Although there isn’t a single or one dimensional representation of black people, many of the most common are based on disparaging stereotypes. “Historically, African Americans have been portrayed as athletes, gangsters, mammies, entertainers, welfare mothers, servants, drug dealers, video vixens, matriarchs, divas, deadbeat dads.â€ Based on these stereotypes, their behaviors are portrayed as “violent, lazy, animalistic, sexual, physical, and angry.â€

If you are a parent of black children or a black teen looking, and you are looking for positive representation of black people, check out these three sources: