Black Churches In Washington D.C. Are Losing Their Congregations Due to Gentrification 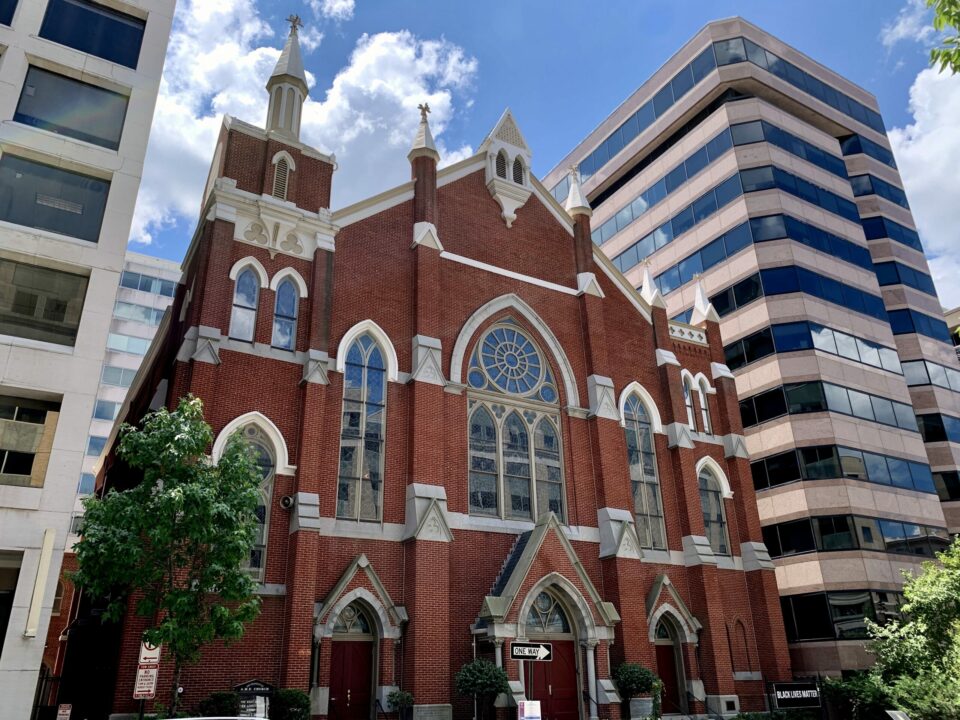 Black churches in Washington D.C. have served as a staple in the D.C. area for generations, but their congregations have disappeared in recent decades due to gentrification.

According to Politico, in 2000, the Black population of Washington D.C. was 59%, but in the past two decades, the Latino and Asian populations in the area have increased, bringing the Black population down to 41%. Additionally, gentrification has pushed the cost of living and rent in the city to levels unseen.

The median household income for the city’s white residents is three times higher than the median income for Black residents. A Politico study found the Logan Circle and Shaw neighborhoods in D.C. have seen a decline of more than 7,200 residents over the last two decades.

The historic Metropolitan AME Church, located near the White House, is a beacon of Black success in the D.C. area. Civil rights icons, Black religious leaders, and entertainers including Frederick Douglass, Rosa Parks, and actress Cicely Tyson have called the church home in their days.

Today, Metropolitan AME Church Rev. William H. Lamar IV is trying to keep his congregation and the congregations of the city’s other historic Black churches in the area with the Black Equity Through Homeownership Program.

Jeanne Cooper, who has been a member of the Lincoln Temple United Church of Christ for more than 50 years, has seen the surrounding neighborhood change, as bike racks took parking spaces and a dog park became one of the church’s neighbors.

“Those were indications that the neighborhood had changed and would continue to do so,” Cooper told Politico.

According to Cooper, the church, which once had more than 100 members, had just 15 members when it conducted its last worship service in 2018. Even worse is that as the congregations of these historic Black churches disappear, so do the churches themselves, with their rich histories and communities as developers look at them with dollar signs in their eyes.

Washington D.C. isn’t the only place seeing its Black churches at risk of disappearing. The same is happening in New York City, Atlanta, and Philadelphia as Black people are being pushed out of cities that have become too expensive, and their congregations are aging.