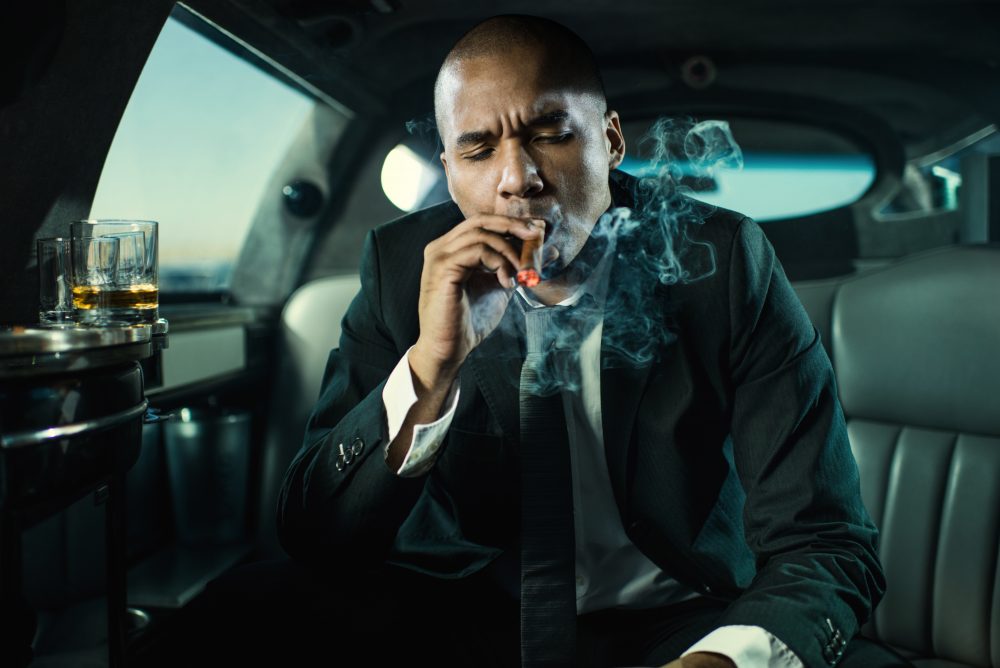 Cigars are a lucrative business within the U.S., receiving over $9 billion in revenue each year. It is also an industry that is almost exclusively white and Latino male owners with little diversity. For many Black cigar lovers, their passion inspired them to create a brand that reflects cigar smokers and enthusiasts that looked like them and create a space to enjoy and socialize over their favorite pastime.

Despite the lack of diversity within ownership in the sector, the consumer base says otherwise. In a 2017 report from the Society for Research on Nicotine and Tobacco, a little over 37% of Black adults were cigarillo smokers with 24% stating they were non-premium cigar smokers. Despite the growing market, many Black-owned brands have said they are shut out of white-owned establishments.

“It’s still a good ol’ boy network,” Robert “Doc” Gooden, owner of a cigar lounge in Maryland, said to NBC News. “We don’t have access to the same products. We overcome the issue about raising capital, and then they don’t want us to have this cigar or that cigar. We’ve been frozen out of some accounts. It’s not stopping us, but it can be frustrating.”

But in the time of COVID-19, or the novel coronavirus, things have taken a turn for the niche industry. According to a survey by Cigar Insider, over 40% of the shops reported that their sales were down from last year due to closures from mandatory quarantine and restriction with nearly 15% stating that sales were flat.

For Black-owned businesses, however, the movement to support Black-owned businesses across various sectors has greatly increased, which has helped business owners like Greg Willis. “At the start of the pandemic, no one understood that cigars would play a role in helping people maintain a sense of normalcy,” said Willis, co-owner of Emperors Cut, to NBC News.

“As a company, we didn’t panic. We upped our online and social media presence and ended up doing some of our best business over the last several months — partly because we produce high-quality cigars, but also because cigar lovers turned to their passion while unable to venture out like pre-COVID-19.”