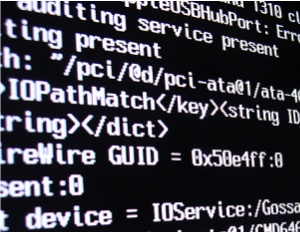 Rap Genius was made by two white guys.

That fact alone should get the wheels turning in your head about why a startup funded to the tune of over $15 million wasn’t made by an enterprising group of African American programmers. And while Rap Genius’ third co-founder isn’t white, the fact that he isn’t black is far more important to consider.

Stories like this highlight opportunities that blacks unaware of the literal wealth of opportunity in the technology community are missing. In a world where simply having an idea called Clinkle and some concept art nets you $25 million–the largest seed round in Silicon Valley history–the barrier to entry into startup stardom seems laughably easy.

But once you get past the idea that creativity is key, the technical skills are essential. And therein lies the rub. The skills we need to nurture, like proficiency in math, science, and computer programming, are few and far between in the black community, although the number of programmers is growing daily thanks to the copious amount of resources available to them.

Black Enterprise’s Driving Innovation Hackathon was a success, with over a dozen programmers rallying together in less than three weeks to build amazing concepts that encourage environmental sustainability. And while everyone produced engaging apps in such a short span of time, I want to focus on a single entrant.

Elnerdo is a Mario clone that lets you clean up the polluted environment by jumping on top of some garbage monsters. The app won second place in the Hackathon, and was made by two black programmers who happened to be friends. It stood out to me not because of its originality or style, but because of what it–and the rest of the event–ultimately represented.

The lack of a multicultural influence in the technology we use and the games that we enjoy increasingly shape the culture of gaming and technology has already had unfavorable results. Black characters appear as gangsters a la Carl “CJ” Johnson in Grand Theft Auto: San Andreas, or worse, as racist caricatures like the trash-digging informant Letitia in Deus Ex: Human Revolution.

And with just 2 percent of game developers being black, and only 296 of 5,907 top managers and officials in Silicon Valley being black or Latino, we can’t expect that to change without becoming more involved in the industry in which we’re underrepresented.

There will be over 2.1 million jobs available by 2020 in the STEM field, and with only 5 percent of bachelors degrees in engineering going to African Americans, a lot of those in-demand, high-paying jobs will be inaccessible to the black community. Companies see this and are acting to make it easier for underprivileged youth to get involved in the sciences. Lockheed Martin donated $6 million for STEM initiatives in urban school districts, for example.

There have definitely been advancements in getting black developers and engineers into the workforce, and one would be remiss to not recognize those like Verizon’s Michelle Dutton or Microsoft Chairman John Thompson, who serve as examples of change within the industry.

Black Enterprise will most certainly put on another Hackathon, not only to show support for the tech community, but to help those participating to find their way into it.

I say this to show that the future is looking bright for the black tech community. And we’re making progress every day.