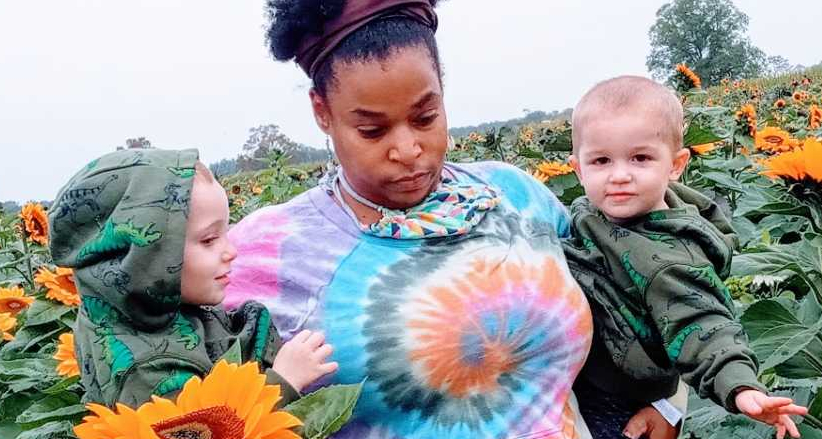 The arms of racism have such a long wingspan and it doesn’t look like it’s getting any shorter. A married Black couple in Pennsylvania has been encountering racism simply because they are the adoptive parents of two white twin boys.

In an op-ed featured on Love What Matters, a Black mother expresses the difficulties of being a Black family with adoptive white children and the racism they face. Having people who come across them accusing her and her husband of kidnapping the twins she rightfully adopted seems to be a common occurrence in the town of Collingdale, Pennsylvania.

The couple, Jennifer McDuffie-Moore and husband Harry Moore have taken the twins, Brayden and Trevor, who are three years old, into their homes as foster kids after the boys were separated at birth from their mother who was a drug addict. After living with the family for two years, the twins were officially adopted.

The Moores have two biological children Joy, 21, and Kourtney, 11, and they had previously adopted two other children, Keenan, 10, and Sanchez, eight. But the harassment and accusations started when they have been seen in public with the white children.

The couple stated that friends and families questioned if they really wanted to adopt the kids as their own not based on their feelings for the children, but for the issues others may find with them being the adoptive parents. She describes an incident that took place in her town.

“Once my husband, the twins and three of our children were playing in the park near our home. We go all time. He was sitting on the bench watching them play, talking to them, and enjoying the day. A woman thought he was stealing them from the playground. She wanted to call the police because they were crying when it was time to go. We drive a 12-passenger van and have a double stroller in the back. My older children looked very confused. Annoyed and disgusted, he loaded the kids and heading home. We have been pulled over by the police a few times in our minivan for no reason at all.”

What hurts 43-year-old Jennifer, who is an early learning specialist and co-owner of a childcare program, and her husband, Harry, who is a 37-year-old mechanic, is that it directly affects the children when they witness and hear what strangers say and do when they display their racist behavior.

“They do ask questions about why people stare or say mean things. It breaks our hearts. We always share with them: people fear what they do not know. But it is okay to be different, and our family is amazing. The conversations are not as difficult as they get older, and we feel they are necessary. As the events of last year unfolded, watching the riots and the city burning, we watched and talked to our children and asked them how they felt. What did they think? You would be amazed: they were hurt, confused, and wanted justice and for kids to be safe. It’s funny: our eight-year-old, who is a big law enforcement fan, also wants to change the law and protect kids and grownups from violence and hate.”

You can read their story here.