Black Dad of 3 Who Left His Corporate Job Now Teaches How to Invest in Digital Currency, the Stock Market, etc 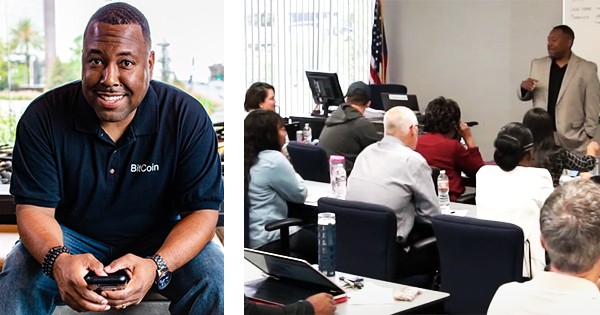 Jamar James, affectionately known as “The Digital Currency Guy,” is a strong advocate for financial freedom and independence.

With over 20 years as a technology consultant and prop trader for private financial firms in the U.S., James decided to quit his job to build a mastermind community called DCG Mastermind that has already helped hundreds of people in the last 12 months to also break away from corporate America.

As a part of his curriculum, he has created a six and seven-figure roadmap for trading cryptocurrencies and nurtures an environment where folks are now earning six and seven figures with virtual land, digital art, and gaming NFTs. James says people who do not invest in such areas are missing out on the future of human evolution.

James, who is married and has three children, has earned over eight figures in stocks and real estate and now teaches others to earn a full-time income from crypto or trading within months. He has also built a mastermind community that has members in over 20 countries and is called in to help Fortune 500 companies when he is not giving back to the community by teaching IT to children.

“The metaverse is an opportunity to participate in the future of human evolution,” said James.

“We are currently in a cashless society where currency is being devalued. The next step in technology, communication is in the digital world, where you have two options—exclusion or inclusion.”

From his observations, James said that cryptocurrency is evolving at a fast rate which gives everyone an opportunity to benefit and this is why he feels it is the right time to get involved.

“The same way we own real estate in the real world, you can generate wealth through virtual real estate for eternity. With DCG, we created a global mastermind for those who want a lifestyle and wealth without being confined to a particular location. We leverage trading and entrepreneurship to create wealth for our masterminds via crypto, NFTS, metaverse, and trading traditional markets.”

His annual Mastermind Retreat will take place May 12-15, 2002 at Paradise Point Resort and Spa in San Diego, Calif.