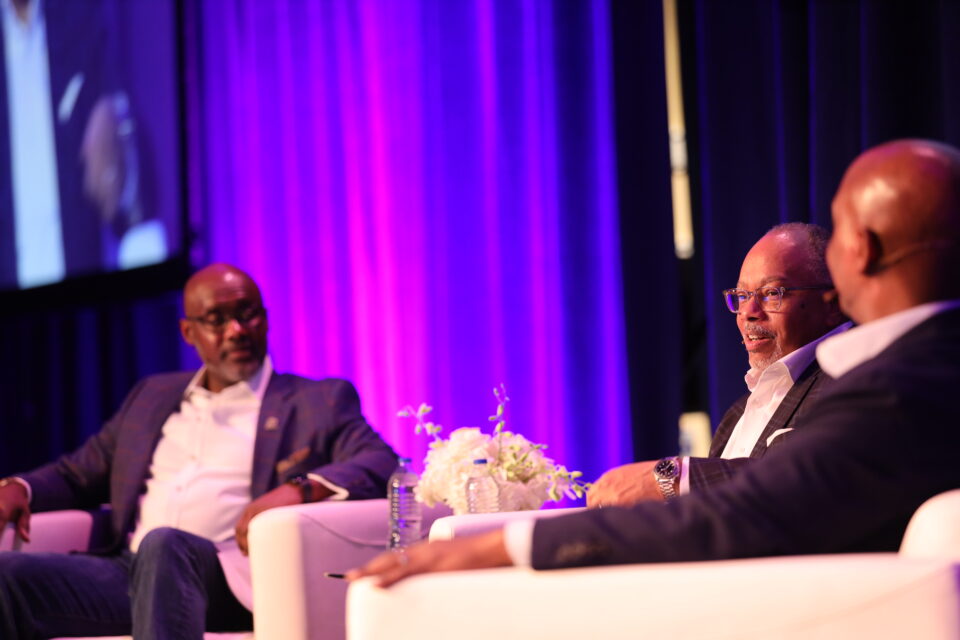 The Black men xcel Summit comcluded Friday with a Chat on how to excel as a leader of diverse teams hosted by Ally Financial (Image: Black Enterprise)

The final day of the Black Men Xcel Summit featured a panel on being a good leader of diverse talent and teams featuring three Black DEI (Diversity, Equity and Inclusion) managers.

The panel quickly got into it with the men talking about creating a culture for DEI which Rockamore responded to.

“We need to start by defining what is diversity and diversity is about representation, it is not about a single demographic and I say this everywhere I go and I make sure I’m clear about this, it is not about Black people, exclusively,” Rockamore told the panel.

“Because we’ve been the poster child for years people think diversity means Black or it means Latino or maybe our gender but it really means all of us, all of our differences, all of our identities and that is what we strive to do at American Airlines, diversity as a whole, you have to start there if you’re trying to build a unified team.”

The men also discussed thinking about DEI from more than just a Black person’s point of view. In his response, Gardner told the audience that empathy plays a big part in having a wider perspective.

“I think that empathy is what allows any of us or good leaders to put themselves in the place of someone else and understand how they deal,” Gardner said. “So whether you’re a black man leading a diverse team or a team where everyone other than you is White or you’re a Black man in the US leading the team in India, what is the empathy and whether it’s a little thing like remembering Rosh Hashanah, empathy shows in lots of different ways. So I think real leadership requires you to bring your empathy with you to work every day.”

The men continued the panel discussing expanding their horizons and seeing something different. Gardner suggested working abroad if your employer allows it

“If you’re a professional in a global company I think of rotation abroad,“ Gardner said, adding it is something he regrets not doing. “Whether it’s in Western Europe, the Middle East, Africa, Asia, wherever someone can get to because I think Americans have a false sense of self about a lot of things which leads to a lot of the non-diverse behaviors were talking about.”

Gardner added if you cannot travel but still want to learn, joining a faith, religion or race-based Employee Research Group is a good idea.

“So what I’ve been trying to do is attend these ERGs and just listen and so I don’t have to leave the country to get exposure to folks here. I spent a lot of time with the LGBTQ+ community just trying to listen and understand because it’s not the background I came from but it’s vital to our daily success.”

The men also touched on another aspect of DEI,  being uncomfortable discussing race at work and how people can overcome that. Rockamore said he read an article not long after George Floyd’s death that said 50% of managers found it very uncomfortable to talk about race or racial equality.

“The article went into why people aren’t comfortable and it talked about having a direct correlation into the commitment of the organization towards racial equality,” Rockamore told the panel.

“I took it a step further, it’s your own commitment to racial equality or race, so if you haven’t taken the time to reconcile your own thoughts, then naturally you’re going to be uncomfortable talking about it because you don’t have anything to say. You’re afraid of saying the wrong thing because you’re not in the right space and that’s because you’re not committed.”

The accomplished men added that commitment starts at the top of an organization and people have to begin to get our leaders in business and beyond because they’re uncomfortable with it.

“Because something that you’re committed to, you have no problem talking about it, you look for every opportunity you have to talk about it,” Rockamore said.