Dr. Heavenly Kimes On How Her Name Helped Build A Dentistry Empire 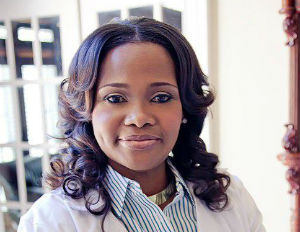 Dr. Heavenly Kimes admits she may have been born with one of the best possible marketing tools imaginable.

A dentist with four practices in the Atlanta area, the married mother of three says many of her clients have flocked to her because of her name alone.

“Dr. Heavenly has become a brand — Heavenly Dental Associates,â€ she says. “You’d be surprised by how many people come to my office saying they were praying for a good dentist and then they saw ‘Heavenly Dental’ and thought ‘Hey, that’s where I need to be.’â€

In the dental “blessingâ€ business for more than 12 years now, pulling in an estimated $4 to $5 million a year (down from about $11 million before the market crashed), the Meharry Medical School graduate said she had originally planned on becoming a doctor — until a more attractive offer came her way.

“There was a recruiter who came to my school to talk about dentistry,â€ says Kimes. “He made dentistry sound so rewarding because as a woman I knew I wanted to be married — I wanted to have kids … and he made it seem like I could do that because I wouldn’t have to do a long residency. I could set my own hours rather than being on call as a medical doctor. Because of that I said, ‘Hmm, let me look into this dentistry thing,’â€ she explains.

The change of heart paid off — despite managing a staff of twenty people — including six associate dentists, an oral surgeon and an Orthodontist — Kimes works only two days per week in a clinic. The rest of her work she’s able to do from home, including paying all her own bills.

And despite the considerable number of other black female dentists in the area Kimes has managed to carve a niche out for herself as both a practitioner and as an entrepreneur. It helps that with the help of her husband — a board-certified physician who co-signed for her first practice loan as she worked at improving her credit — she has bought a total of seven clinics in the Atlanta metropolitan area, three she purchased at the point of near bankruptcy, with the sole intention of flipping them.

“I build them up to sell them,â€ Kimes says of her strategy. “What I’ve learned through practice transition and running different companies is that I can build them up to a maximum capacity, which takes about seven years if you start them from scratch, and then sell them at top dollar.â€

“The first time I did this was when I went to open up my second practice,â€ she continues. “It was with another dentist who was in dire straights [financially]. People had been calling me confidentially and saying, ‘I owe Uncle Sam a certain amount of money, and I need to sell my practice, like, today.’ So I would always keep cash on hand. I could write a check for a little bit of money — something like $8,000 — and just like that, own a new practice. I bought practices just by taking over the lease because the previous owner was about to lose everything anyway. So basically I self-taught, reading books on how to market myself because the marketing is the main thing. Once you get the patients in the door you can pretty much make it work.â€

Kimes says achieving great success as a small business owner is also possible through word-of-mouth referrals, consistently good customer service, and more aggressive marketing strategies, like book sales. She says she wrote her advice book, “Heavenly’s Business Prescriptions: You CAN Have It All!â€ primarily for aspiring women entrepreneurs. She said for starters, she recommends facing your fear of failure head-on by taking classes on that which you do not know.

“Fear is real,â€ she says. “I think that prevents a lot of people from moving forward and doing more. When I went to open my first practice in Jonesboro I saw that there were a lot of dentists and physicians that had just come out school, like me, who didn’t know anything about running a business. They don’t teach that in medical school. So I decided to start taking business classes and educating myself in business– more than dentistry even — on how to run a successful business.â€

She says education, preparedness and an equally ambitious and supportive partner has been her key to having it all.

“Now, am I completely balanced? No, nobody is,â€ she admits. “But you have to know what your priorities are. For me it’s God, then family, then career,â€ says Kimes, who now teaches workshops on how to build your business. “My family comes before career and that’s why I work in an office that’s close to home, where I can get to my kids quickly if they need me. I work part-time so I’m able to set my own hours, and then I have a husband who has the same work ethic as me, who also makes himself available to help take care of the kids. It’s not easy but we work smart so that we can maximize the amount of time we spend with our family.â€