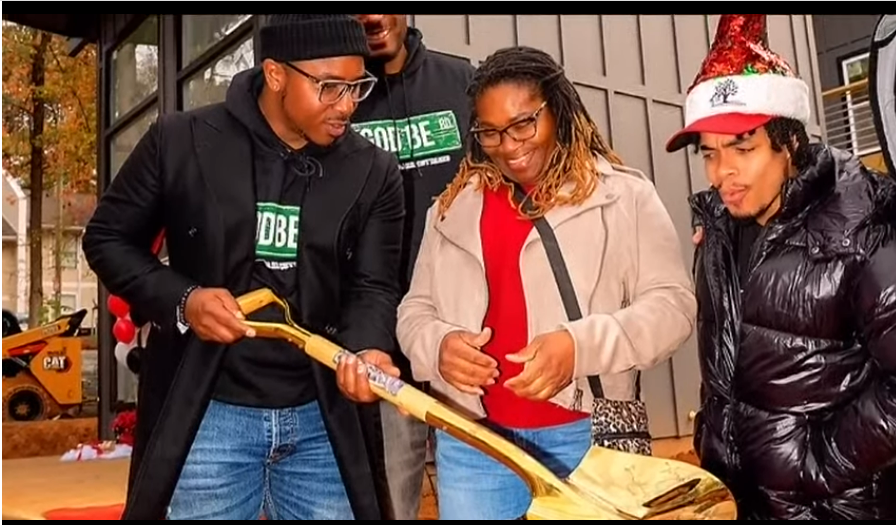 Lisa Williams rented a townhome in Atlanta for 12 years, until she was given a 60-day notice to vacate the residence.

But little did she know that Booker T. Washington, a real estate developer who built a Black-owned micro home community, South Park Cottages in College Park, GA with his team, would make her dream of being a homeowner come true.

“I’m elated. I feel so blessed and I feel that everything that I and I get a little emotional because everything that I went through it led to this,” Williams said according to 11 Alive News. This is Williams’ first time as a homeowner.

Washington’s mission, with the creation of South Park Cottages, is to help individuals achieve their goal of owning a home at an affordable price.

South Park Cottages is described as a modernized cottage community because the property features tall ceilings and balconies. It is also the “first Black-owned micro-community in the country.”

Washington opened up about the range of people interested in the property.

“At South Park Cottages, we have a spectrum of people buy a home here. You have empty nesters. You have people downsizing. You have millennials. You have gen x-ers just starting out,” Washington, the South Park CEO said.

Washington disclosed why his dreams of helping others own an affordable home are more significant now than ever before.

“The average home in the Atlanta metro area, which is well over $425,000, there is a majority over 70% of individuals that don’t make incomes to meet that level,” he said.

The company gained the support of WNBA player Angel McCoughtry after she bought one of the homes as an investment property.

“These are affordable homes but you get the features of a million dollar home,” said Washington, according to the outlet.

Washington shared that he and his company plan to expand the micro-community in different locations, such as Union City, so that everyone could get a home-owning experience.

South Park Cottages is expected to be completed in March.