Black Directors: Be Prepared To Walk In Harmâ€™s Way 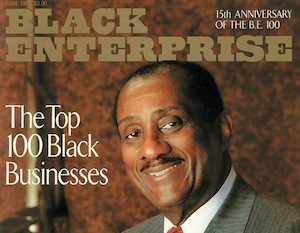 Part of my role as publisher and founder of Black Enterprise is to be a catalyst for black economic opportunity. When I can act as an instrument to make it happen for legitimate and reasonable people, I do it. I am determined to walk in harm’s way when necessary to clear a path for other African Americans to compete and succeed in business.

This was the spirit in which I embraced the opportunity to serve on the board of directors of Chrysler Corp. in 1990, when fellow publisher, the legendary John H. Johnson, called to let me know that he had recommended me to replace him on the board. Johnson, the founder of Chicago-based Johnson Publishing Co. of Ebony, Jet, and Fashion Fair Cosmetics fame, was not doing it as a favor specifically for me, but out of a desire to ensure that whoever replaced him on the board would do as he did–advocate for the interests of and opportunities for African Americans impacted by Chrysler, from whom the automaker enjoyed a significant proportion of its sales. When I asked him why he selected me as his successor on the board, Johnson replied, “Because I know you won’t ever forget you’re black, and that you’ll take care of me. You’ll take care of all of us.â€

Johnson was speaking about the responsibility of African Americans, especially those in positions of leadership and influence, to help each other survive and succeed in a business world where we remain grossly underrepresented. This mindset was established by many of the first African Americans to gain seats on major corporate boards, including the late Leon H. Sullivan, who, as a longtime board member of General Motors, tirelessly made the case that boosting value for shareholders and creating job training and business opportunities for African Americans were not conflicting, but mutually beneficial, interests.

Today, nearly 25 years after I was invited to join the board of Chrysler (eventually serving on several other corporate boards, including American Airlines and Federated Department Stores), Black Enterprise continues to champion the cause of diversity on corporate boards, because CEOs and their fellow C-suite executives must answer to directors when it comes to corporate policies such as job creation and advancement, corporate contracts and professional services such as law and accounting, and environmental and sustainability issues, all of which disproportionally impact–or exclude–African Americans. But getting corporations to invite more African Americans onto their boards is only part of the challenge. The other is a matter of what blacks do when they gain those board seats. In too many cases, the answer is not nearly enough and too often, nothing.

Let me be blunt: You are a board director who happens to be black; you weren’t invited to join a board because major corporations ran out of smart white people. The fact that you are an African American matters–or it should. If not, your presence as a director constitutes board diversity without a distinction–also known as window dressing. What’s the point?

As a black person, if you’re fortunate enough to gain a seat on a corporate board, it’s your responsibility to do whatever you can to represent the interests of the entire African American community, and to find ways to align those with what’s in the best interests of the company and its shareholders. You should be acting as a responsible advocate for minority hiring and promotions, and working to see that executives of the corporation understand black consumers, their interests and their communities, as well as the untapped potential of black-owned suppliers and professional service providers. Too often, corporate America benefits from the money spent by African American consumers without respecting or offering a commitment to investing in that market. If corporations can do so with your tacit, if not explicit, endorsement as a board member, what value as a diversity representative do you really bring to the table?

If you’re black, that means eventually, and perhaps frequently, you’re going to find yourself in harm’s way. It’s what Sullivan and Johnson did for me and my generation, what I and my peers did to pave the way for today’s business leaders. If you are a black person privileged to serve on a major corporate board, you can do no less. I am challenging all African Americans on corporate boards to step up. Don’t just hold a seat. Make a difference.