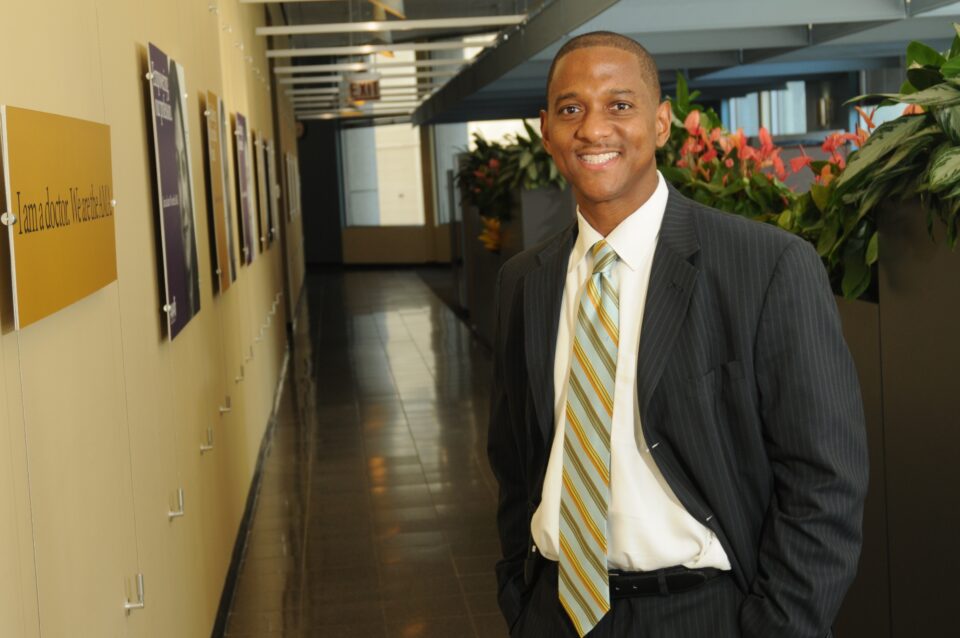 Despite the significance, research shows that less than 4% of the U.S. population takes part in clinical studies.

And while Black Americans make up roughly 14% of the nation’s population, the racial group only accounts for 3.1% of participants in clinical trials for cancer drugs. The anemic statistic is telling because researchers would expect Blacks to be participating at five times the level they currently are in such trials.

A bigger dilemma? If Blacks don’t become more proactive in participating in the clinical trial process, they miss out on the opportunity to help develop new treatments to stop early deaths and diseases in their community from illnesses such as cancer, heart problems, and diabetes, observers say.

To help counter the decades-long problem, healthcare giant CVS Health has named a Black doctor as chief medical officer of CVS Health Clinical Trial Services. In his new role, some duties for Dr. Owen Garrick are boosting the number of non-white patients and candidates enrolled in the company’s new business and overseeing its diversity efforts.

As such, Garrick reports CVS Health aims to enroll over  30,000 non-white patients into its clinical trials business by 2027. CVS Health did not disclose how much it is investing in the centers or precisely how many it has opened.

The company announced in May 2021 that it was launching the business partly to enhance the overall participant experience and boost retention with research effectiveness. Garrick joined CVS Health around that time as vice president of conduct delivery for Clinical Trial Services.

A National Institutes of Health report revealed that 75% of patients would likely participate in clinical trials had they known they were an option upon diagnosis. Yet, many of them are not aware of them, per Forbes.

The underrepresentation of Blacks in clinical trials is a big deal because it can leave them with less access to potentially life-saving drugs, observers say. Plus, some  80% of studies don’t meet participant enrollment deadlines.

Garrick says the COVID-19 pandemic has driven a much larger public conversation around clinical trials and drug development as vaccines move through the pipeline. On average, CVS Health estimates that 30% of entrants drop out before a study is done. “Retention and your continued participation in a study is critical,”  Garrick told Forbes.

BLACK ENTERPRISE caught up with Garrick to get his take on the company’s new efforts.

Please provide some detail on what led to your clinical trial role at CVS Health?

Professionally, my aim initially was to leverage data, research, and insights to impact and change clinical behavior and look at the effectiveness of new therapies. I wanted to make an impact on a much broader scale. I evolved from wanting to help patients one at a time to investigating and launching drugs that cure millions of people worldwide. When I think about healthcare, I think of my community. My focus was on studying diverse populations, a natural part of my life mission. That’s where I began to see disparities.

What are among the factors that make clinical trials so difficult for Black Americans?

Overall, Black Americans are generally underrepresented in clinical studies. The problem of such underrepresentation has a long history. It’s partly the result of access to and awareness of clinical trials and mistrust in the healthcare system. It’s also the result of poor enrollment practices by researchers. Black patients often don’t have adequate information about trials and how they can participate. Other challenges are unseen costs, including taking time off work or getting childcare to make the visits.

In what other ways is your company enhancing its clinical trials work?

We plan to engage more with trusted community partners, including churches, community leaders, and fraternities and sororities. We’re making sure our research physician network is more diverse. We are offering this decentralized model to our partners and sponsors seeking greater diversity in clinical trials.

What would you say the top goal is for CVS Health?

It’s our hope that our clinical trials will be as diverse as the overall population. We want the results to make real impact and improvement in the health of minority populations, along with the overall U.S. population. Resolving this must be an industrywide effort, including getting help from medical associations,                hospitals, and patient-advocacy organizations.