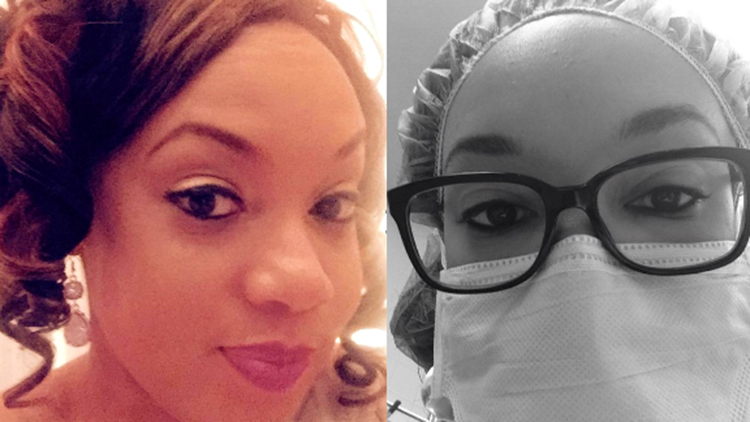 The Black doctor who tried to assist an unresponsive passenger on a flight but was asked to provide her diploma is speaking out on the experience.

Dr. Tamika Cross appeared on Red Table Talk‘s Thursday episode titled “The Invisible Black Women Epidemic,” where she opened up about the discrimination she endured from Delta Airlines in 2016. Cross went viral after recalling her mid-flight experience when she attempted to aid an unresponsive passenger but was stopped by one of the flight attendants, Blavity reports.

“I’m sure many of my fellow young, corporate America working women of color can all understand my frustration when I say I’m sick of being disrespected,” Cross wrote on Facebook at the time.

“I raised my hand to grab her [the flight attendant’s] attention. She said to me, ‘oh no sweetie put ur hand down, we are looking for actual physicians or nurses or some type of medical personnel, we don’t have time to talk to you,’ I tried to inform her that I was a physician but I was continually cut off by condescending remarks,” she explained.

Cross appeared on Red Table Talk along with social justice activist Tamika Mallory, who opened up about turning to addiction in the past due to stress over feeling ignored, and Dr. Tressie McMillian Cottom who recalled being treated as an “incompetent Black woman” by her doctors.

“If it was up to the world, Breonna Taylor would have been forgotten. She was murdered on March 13. I think because there was no video, a lot of people were like ‘Eh, you know, I don’t know,” Mallory said, as captured by Urban Hollywood 411. “Black women are ignored and disrespected in general. People don’t want to talk about Ma’Khia Bryant right now. They would rather say, ‘Well you know, she had a knife and it’s justified.’ And a lot of it is trauma.”

Elsewhere in the conversation, the ladies shared experiences of racial profiling and discrimination that often lead to stress and anxiety in everyday life moments.

“I started taking Xanax, taking whatever you could do to sleep, because that sleep is an issue when you’re stressed and not able to rest. Any pill that somebody would give me that had the ability to make you calm down and deal with anxiety, I wanted it,” Mallory revealed. “I had to go to rehab, and while I was in rehab, they were like, ‘You need PTSD support because you’re having a problem that’s deeper than this drug.”