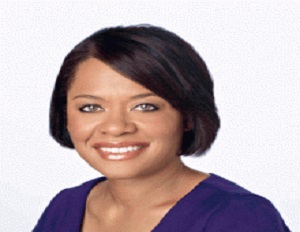 Tatsha Robertson, the first black editor at People magazine, is suing the publication for racial discrimination, saying that she was treated as a second-class citizen by former executive editor of the magazine Betsy Gleick.

Robertson, who was laid off from People in May, describes the magazine in her lawsuit as “a discriminatory organization run entirely by white people who intentionally focus the magazine on stories involving white people and white celebrities.”

The 48-year-old Robertson, who came to People in 2010 from Essence, says that Gleick told her, “You need to talk like everyone else here. You’re not at Essence anymore.” Robertson details in the lawsuit that Gleick left her out of important meetings and ignored her attempts to do more stories on black people, noting that when she pitched a story about an African American model who’d been killed, Gleick told her that the victim looked like a “slut” and that the magazine wasn’t interested.

According to the suit, only 14 of 265 People magazine covers have been focused on African Americans, with a black individual gracing the cover only two times out of the 60 issues the magazine put out in 2013.

So far, Gleick, who left People a month after Robertson, has not made any comments in regard to the lawsuit. Robertson is reportedly suing People magazine, Time, Inc. and Gleick for an unspecified amount of money.