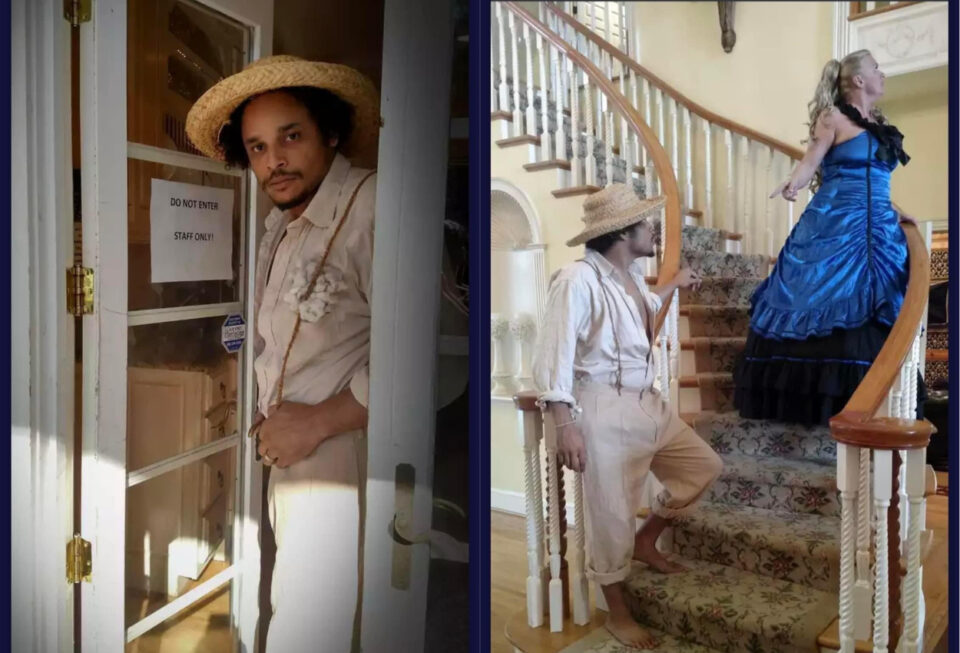 File this employee’s recent interaction with the company he works for under the label — the audacity of the “caucasity,” according to Hip Hop Wired.

A Black man who goes by the handle BisFitty gave a delineated account of his experience attending a retreat organized by his employer, which was politically incorrectly held at a plantation. Attendees were encouraged to dress in “period appropriate costume-ball” theme and to join in on the “fun.” BisFitty arrived in his Sunday’s best as an enslaved person.

He donned a tan shirt, rolled-up pants, strings as suspenders, and a straw hat. He opted out of wearing shoes to the festivities to bring a touch of authenticity to the era.

“As a lot of you already know, I had to attend a ‘corporate retreat’ this weekend, that happened to take place on a southern plantation in Alabama. There was a ‘period appropriate’ costume ball scheduled for the end of the trip, but they apparently forgot about me, their lone black employee. Hilarity ensued,” he posted on Reddit.

The grossly offensive affair took place seven-years ago, according to the original post thread. However, the pictures immediately went viral when he later shared them on social media, Hip Hop Wired reports.

Listen! The way this man understood the assignment… pic.twitter.com/PBIt4MaP6Z

“There aren’t many options for someone like me…” he captioned one photo. He included images of him driving a car a la Driving Ms. Daisy, laying in a bed while in the big house, and holding a platter of fruits. Yet, the pièce de résistance is when BisFitty appears at the end of the staircase as his shocked co-worker realizes his costume at the mansion’s party, according to Hip Hop Wired.

The fallout within the company for this tone-deaf event was swift and the employee received a promotion while the individual who organized the event was terminated.

The employee adds the, “chick I deal with all the time,” came up with the idea for the soiree.

“With a disproportionate raise, and better benefits,” he wrote, seemingly implying how his employer remedied the situation on Reddit.

“In the end, the boss canceled the party, and the CEO, who was supposed to be at the party, never showed up. The reason they gave for canceling the party was “inclement weather,” and, while it [did] rain, and the party [was] supposed to be outside, the location had more than enough space inside for there to be some sort of contingency plan. It’s also a bit odd that the CEO canceled, as far as I know, he isn’t allergic to rain. My thoughts? I think the climate was just a bit… dark for him.”

“But I have been [assured] that this has nothing to do with anything that happened on the retreat, and just happens to be coinciding with [human resources assistant direction] canning. So remember kids, correlation =/= causation!”