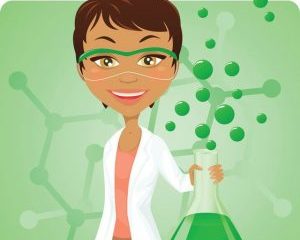 In its ongoing effort to increase the number of black engineers by 2025, the National Society of Black Engineers (NSBE) has partnered with the Biomedical Engineering Society (BMES).

The two organizations are collaborating in outreach programs including NSBE’s Summer Engineering Experience for Kids (SEEK) as well as some BMES events.

Additionally, both will focus on recruiting members, providing engineering education and professional advice, continued education for black engineers already in the field, and research and networking opportunities.

“BMES recognizes that to achieve its own goal to grow a diverse community of engineers, we need a strategy and an experienced and knowledgeable partner,â€ said BMES president Lori A. Setton via a press release.

She added that BMES is “delighted to work alongside influential professional organizations in engineering, to collectively engage, educate and graduate black engineers towards the 2025 goal.â€

Currently, African Americans account for only 5.5 % of the nation’s engineers. Only a sliver of black engineers–2.71%–holds degrees in bioengineering.

The U. S. Department of Labor’s Bureau of Labor Statistics predicts that bioengineering jobs will grow 23% from 2014 to 2024, at a much faster rate than other jobs. The need for bioengineers will increase due to advances in healthcare technology and a growing aging population. The average median wage for biomedical engineers was $86, 220 in 2015.

“NSBE is excited to have BMES as a partner to help reach our goal of graduating 10,000 black engineers annually starting in 2025,â€ said NSBE National Vice Chair Kristopher Rawls, a Ph.D. candidate in biomedical engineering at the University of Virginia and a longtime member of BMES in a press release. “Particularly, we are excited to work together to increase BME representation within NSBE, which has been a personal goal of mine since I joined NSBE back in 2007. NSBE is also excited to work with BMES on engineering exposure outreach activities through avenues such as NSBE’s Summer Engineering Experience for Kids (SEEK) as well as activities led by BMES.â€