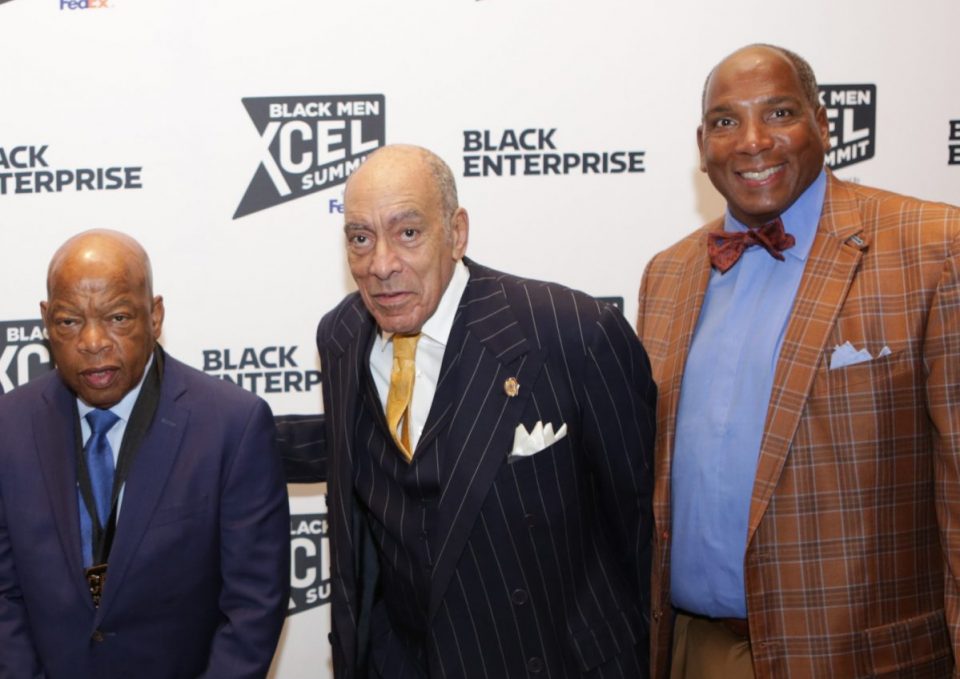 The civil rights icon, who passed on July 17 at the age of 80, is receiving a fitting, weeklong farewell.

On Saturday, the tributes began at his birthplace of Troy, Alabama, a hamlet outside of Montgomery where his civil rights activism took root when he tried to get a library card from the town’s then-segregated public library.

On Sunday, his body was carried across the Edmund Pettus Bridge in Selma, Alabama, where he was among those who led some 600 peaceful demonstrators in 1965 during the fight for voting rights and was brutally attacked by Alabama state troopers in what became Infamously known as “Bloody Sunday.”

On Monday and Tuesday, he will lie in state at the US Capitol where he became known as “The Conscience of Congress” over 17 terms, championing voting rights for the disenfranchised, holding a congressional sit-in to demand a vote on gun-safety legislation, and developing the bill that led to the creation of the Smithsonian African American Museum of History & Culture—among other actions.

His last journey will end in Atlanta where his funeral will take place on Thursday at Ebenezer Baptist Church, home of Martin Luther King, Jr., who served as his inspirational North Star.

As thousands gather to pay homage to this American hero, I will join those honoring him as the civil rights legend and tireless politician. But I will also fondly remember him as “Uncle John.”

I will embrace those summers of five decades ago in which my brothers and I cherished the time spent with him and his loving wife Lillian. As youngsters, we saw him as a soft-spoken, fun-loving man full of warmth, grace, and patience. He would often dispense words of wisdom. I would find out later that he shared with my father, Earl G. Graves, Sr., that our enormous appetites put a strain on their grocery budget.

Uncle John had known my father since his days as an administrative assistant for Robert F. Kennedy in the mid-1960s. The two grew closer when my father was assigned by Kennedy to help with the funeral arrangements for King when the civil rights leader was slain by an assassin’s bullet in 1968.

When my father launched BLACK ENTERPRISE in 1970, he selected Lewis to be a part of its original board of advisors to offer counsel and help create access. Years later I would ask my father why he chose Uncle John to join the group; he told me that “he wasn’t afraid…He is willing to walk in harm’s way” to advance the status of African Americans.

It wasn’t until I was a young adult that I truly understood that Uncle John was such a powerful change agent in America. As such, he made great personal sacrifices, repeatedly being battered and arrested more than 40 times in his mission of nonviolent change.

The 23-year-old chairman of the Student Nonviolent Coordinating Committee, the organization that engaged students to participate in sit-ins and freedom rides, was the youngest architect and keynote speaker of the historic 1963 March on Washington. It was due to his efforts that generations of African Americans gained access to public institutions and accommodations as well as the right to exercise their franchise with the passage of the 1964 Civil Rights Act and 1965 Voting Rights Act, respectively.

When I joined BLACK ENTERPRISE in 1988, he was engaged in his first term in Congress. My admiration grew as I continued to witness examples of his unwavering commitment to “get into good trouble” to ensure the rights of all.

When he announced in December that he would receive treatment for Stage 4 pancreatic cancer, he met that challenge with grace, and, as expected, he remained just as vigilant in his fight for political empowerment. That was evident by his conviction and presence during the civil unrest that swept the globe after George Floyd’s death. It was as if he had come full circle, the young lion of the 1960s was offering guidance and inspiration to protesters of today’s police brutality and racial inequities.

Uncle John always retained his relevance and impact over the years. That’s the reason that we honored him with the first Earl G. Graves, Sr. Vanguard Award at the 2017 Black Men XCEL Summit. And as such, we will continue to encourage his brand of activism with the creation of the John Lewis Award for Social Change, which will be presented to an individual who best exemplifies his values and dedication.

Uncle John always said: “Never give up. Never give in. Never give out. Keep the faith, and keep your eyes on the prize. Together, we can redeem the soul of America.”

I believe the best tribute to Uncle John from all of us is to heed his words and continue the march for social justice, economic advancement, and political empowerment.