Black Enterprise CEO to Speak at Diversity in Tech Event 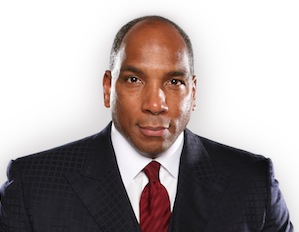 Black Enterprise’s President and CEO Earl “Butchâ€ Graves Jr. is among the panelists who will speak during the Rainbow Push Coalition’s PUSHTech2020 Summit in San Francisco on May 6, which continues the conversation about diversifying the tech industry.

Graves will join the conversation during “Leading From the Top: Â Minority Board Directors on Advancing the Diversity & Inclusion Agenda,â€ which also includes Ken Coleman, chairman of Saama Technologies, and Desiree Rodgers, CEO of Johnson Publishing.

It’s one of several discussions to be held more than a year after Rev. Jesse Jackson called on tech firms in Silicon Valley to release diversity figures, and months after he called on those same firms to open their doors to more minorities at all levels of their hierarchies.

In addition, a black and Latino tech startup pitch competition will also take place, with a cash prize of $10,000 going to the winner, and $2,500 prizes being awarded to second and third-place finishers.

PUSHTech2020 takes place just days after Ben Horowitz–the co-founder and general partner of Andreessen Horowitz–said that inclusion at tech companies was not likely to happen until it could be proven that it positively affected the bottom line.

“When you’re building a startup, you’re fighting for your life,” he said, according to Business Insider. “You aren’t going to do anything for corporate responsibility.”

Horowitz further elaborated: “The decisions that get made in the dark, who gets hired, how they’re treated, those do not change from social pressure. I think in some ways there’s backlash [against public pressure]. You’ve got to have a mechanism that works in the dark. That mechanism has got to be really specifically, ‘How does it help your self interest?’ or it just doesn’t work.

It seems that not everyone is in agreement based on the number of Silicon Valley firms expected to have representation at PUSHTech2020. If you can’t make it, follow the hashtag #PushTech to keep up with discussions on the ongoing conversation about diversifying the tech industry. Take a look at some live updates below.