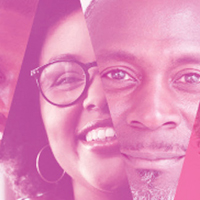 “We need corporate America to lean into this issue, making [America] a just place where all folks can thrive.”

So says Maurice Jones, CEO of OneTen, an ambitious and unprecedented initiative that has brought together more than 50 major corporations – “and counting” – to collectively create 1 million new jobs for Black Americans over the next decade. Jones discusses OneTen and other corporate efforts to drive change at the BLACK ENTERPRISE Diversity, Equity, and Inclusion Virtual Summit, going online Wednesday, June 23.

Participating in the Summit panel discussion “Using DEI to Drive Social Change,” Jones details the specifics of the OneTen effort and its targeted criteria. “The jobs that count for this journey,” he says, “must pay a living wage, do not require a four-year degree for (candidates) to be competitive, are at low risk of automation so they’re going to be around for a while, and require less than five-years’ experience  Any job of any occupation, any industry, located in any part of the country that meet these criteria are jobs we want employers to put into this game.”

Derek T. Dingle, BE Executive Vice President and Chief Content Officer, moderates the session, which focuses on business leaders who are walking the walk, striving to move the needle on Black employment and entrepreneurship at the corporate level. Dingle challenges Jones and co-panelist Sean Suggs, Group Vice President & Chief Social Innovation Officer at Toyota, on the substance corporate America’s commitment to combat systemic racism within organizations and beyond them.

Speaking to Toyota’s initiatives, Suggs shared examples of the company attacking racial disparities at the community level, from closing the Wi-Fi gap in underserved communities to supporting local education: “We’re launching our 360 School program in West Dallas that will provide services not just for kids that come to school but also the wraparound services needed for that student – health care, child care for the parent, food if needed.” Suggs continues that Toyota will launch 14 360 Schools across North America. “This is a five-year plan, not a one-month plan.”

Suggs highlights education as the core of Toyota’s long-term commitment Black talent development. Jones talks of OneTen’s success in aggregating corporate partners behind talent development, as well as engagement outside partners – “HBCUs, non-profits, community colleges … We are endorsing organizations whose track records show us they can produce the talent at the quality level that companies are looking for to fill these jobs.”