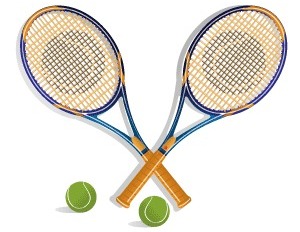 With the upcoming Black Enterprise Golf and Tennis Challenge taking place next month in Palm Beach Gardens, Fla., Aug. 28-31, now is a great time to learn some facts about the sport of tennis!

1. The modern game of tennis originated in Birmingham, England, in the late 19th century as “lawn tennis”.

2. A competent tennis player has eight basic shots in his or her repertoire: the serve, forehand, backhand, volley, half-volley, overhead smash, drop shot, and lob.

3. There are four Grand Slam tournaments: The Australian Open, The French Open, Wimbledon and the US Open.

5. Prior to the use of rackets in tennis, people used their palms to hit the ball back and forth.

6. Arthur Ashe was the first African American to win the U.S. Open.

7. Venus and Serena Williams became the first set of sisters to ever win Olympic gold medals in tennis.

8. The International Tennis Federation (ITF) is the governing body of world tennis, made up of 210 national tennis associations or corresponding organizations of independent countries or territories.