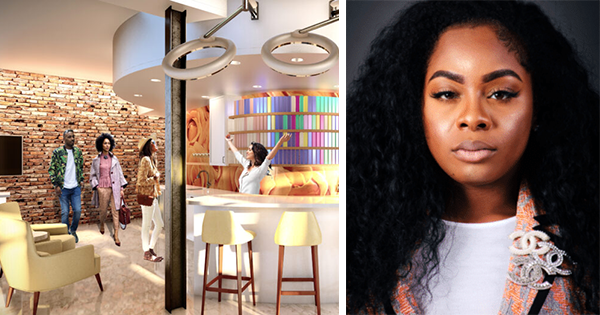 Katrina Wilson’s passion has always been to help people look their most glorious through the complex art of hairstyling. The Detroit native is now able to successfully achieve that dream thanks to being granted $596,000.

Katrina is launching her own beauty salon called Creme Brulee. What sets this salon apart from all the other salons in downtown Detroit, is the fact that it is not only multicultural but luxurious.

According to BlackBusiness.com, Katrina’s background includes growing up in a family that often struggled financially. As a result, Katrina began working as a hair stylist at only 13 years old in order to help her family with money. When she was 16, she earned her Cosmetology license and has been working with a variety of VIPs as a “platform artist and celebrity stylist,” according to BlackBusiness.com.

But it was when she got an endorsement from the industry’s #1 brand, Paul Mitchell, that her career blew up. Katrina wanted to go a step further and open her very own salon. She decided that she wanted to create a luxurious salon where her clients can be treated like celebrities no matter their race and background.

Once she made her choice to own her salon, Katrina was given $170,000 from organizations such as the Space Award from the Motor City Match Program which according to BlackBusiness.com, “helps entrepreneurs from Detroit find a location and build their space.” Katrina was also given $426,000 in microloans. All funding is now being used to renovate the space she has rented for her salon.

Creme Brulee will have its grand opening this year in downtown Detroit. The salon will be the first and only multicultural, celebrity beauty salon in the area that caters to all hair textures and ethnicities, setting it apart from all the rest in Detroit.