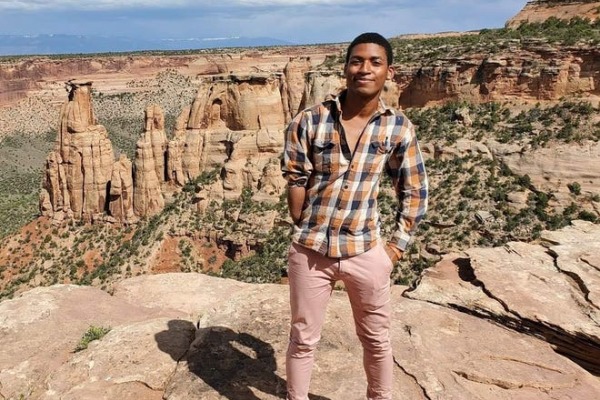 While white mainstream media brings nationwide attention to the Gabby Petito case, one Black father is working by himself to locate his son, who’s been missing since June.

David Robinson II has hired a private investigator to help find his son, Daniel Robinson, who went missing on June 23 after arriving at his job site in the desert of Buckeye, Arizona.

“If you believe you’re going to lose one of your children, it’s devastating and scary and hurtful,” Robinson told West Valley View. “You do everything you can do to make sure that doesn’t happen.”

The Tempe resident is described as 5-foot-8, with black hair and brown eyes. Daniel is also missing his right forearm, including his hand, police said.

After nearly two months of searching and not finding his son, The elder Robinson has sought help from a private investigator and started an online petition, Yahoo News reports.

A native of Charleston, South Carolina, Daniel moved to Arizona two years ago after graduating from the College of Charleston with a major in archaeology. He temporarily worked for Matrix New World Engineering as a field geologist.

Daniel’s Jeep was involved in a crash, according to investigator Jeff McGrath’s findings from the car’s black box. It was found in a ravine with its airbag deployed and appeared to have landed on its side. Daniel’s clothing, cellphone, wallet, and keys were found at the scene, but he has yet to be located.

“The Buckeye Police Department is still working on the case,” Robinson said. “They found the vehicle, but they didn’t do a forensic-type investigation because they didn’t see any blood in the vehicle.”

“They didn’t swab for DNA or some of the typical things they would do in some type of investigations,” the worried father explained. “I expressed these concerns, and they decided—because of that—to swab the vehicle to look for fingerprints at the police compound where the vehicle is stored.”

Police suspect no foul play is involved. But Daniel’s family denies those claims.

“The narrative that’s out there is my son just walked off on his own,” Robinson said. “Of course, as a family, we don’t agree with that. We’re still working out some things.”

The family has launched a GoFundMe to help with costs associated with finding Daniel.