Black Female Cop In Buffalo To Receive Back Pay, Pension After Ruling 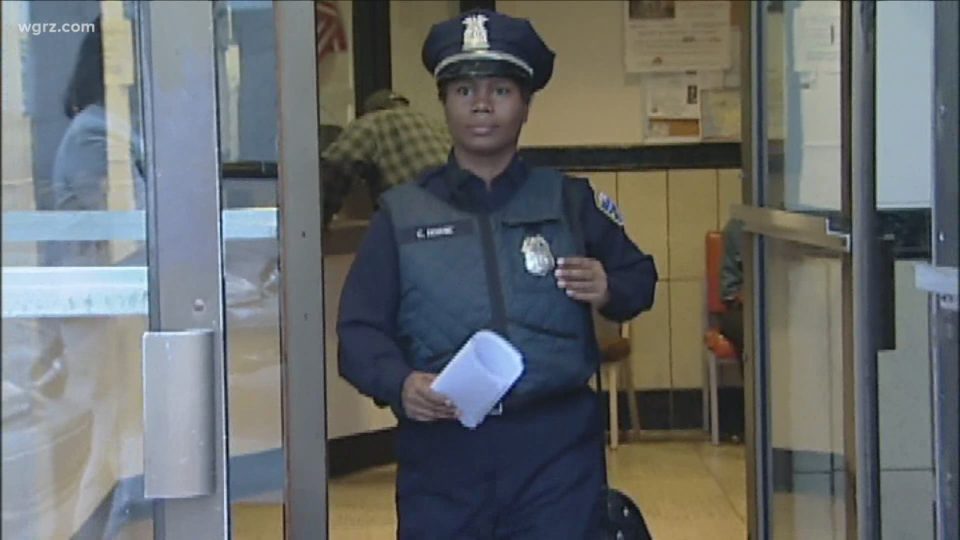 A New York Judge ruled Cariol Horne, who was fired in 2008 for intervening when a fellow officer put a Black man in a chokehold, will be given back pay and her pension. Image: Twitter/@ClaudineWgrz

A New York judge ruled that a former Black female police officer in Buffalo who was fired in 2008 after intervening when a white officer placed a suspect in a chokehold, will receive back pay and her pension.

Cariol Horne was fired following a 2006 incident where she tried to stop a fellow officer from using a chokehold on a handcuffed suspect. When she was fired, Horne had served 19 of the 20 years needed to receive a full pension.

“I had five children and I lost everything but [the suspect] did not lose his life,” Horne said at the time according to CNN. “So, if I have nothing else to live for in life, at least I can know that I did the right thing and that [he] still breathes.”

“To her credit, Officer Horne did not merely standby, but instead sought to intervene, despite the penalty she ultimately paid for doing so,” Ward wrote in the decision. “While the Eric Garners and George Floyds of the world never had a chance for a ‘do over,’ at least here the correction can be done,” Ward wrote.

Ward also referenced a law passed last year obligating officers to intervene in instances of excessive force which was named after Horne. Ward wrote in his decision the city of Buffalo “already determined that Officer Horne intervened to save the life of a civilian.”

Horne called on lawmakers nationwide to pass similar legislation to “Cariol’s Law” which Mayor Byron Brown signed into law last October. Under the law, if an officer fails to intervene in an incident that results in the death or serious bodily harm of a person, the incident would be turned over to the Erie County District Attorney’s Office. Retaliation in such a situation could result in termination.

Kwiatkowski would later be sentenced to four months in prison in an unrelated case in 2009 involving four Black teenagers. In that case, Kwiatkowski was charged and convicted of deprivation of rights under the color of law.