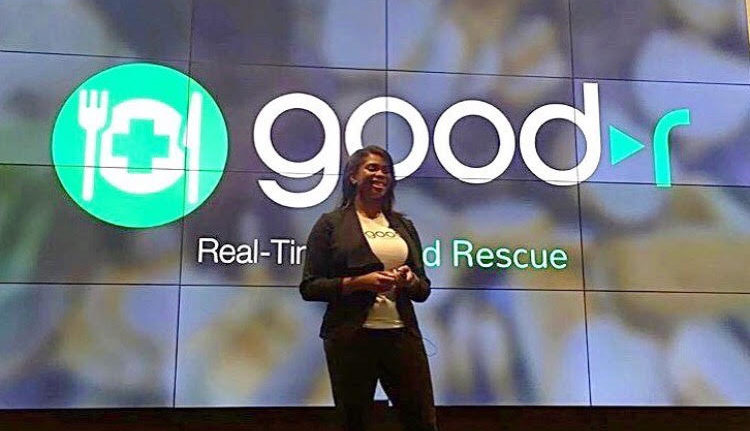 Jasmine Crowe a black female social entrepreneur is the founder of The Goodr App.

Every year, in the U.S. 33 million tons of good food is wasted, which costs the country roughly $1.3 billion to dispose. While in America, one out of seven people go hungry every day. For black and Hispanic kids, that number can hit as high as one in three. It was that mere fact that led Jasmine Crowe, a black female social entrepreneur, to create an app to address hunger.

Founded in Atlanta,Â  Goodr is a real-time food rescue app that works like Uber or Lyft, using the shared economy to bridge the gap on hunger. Schools, event planners, restaurants, chefs, hotels, and even hospitals can order a rescue driver at any time of the day to pick up surplus food. The app then directs that food to homeless shelters, food pantries, soup kitchens, senior centers, and more.

Since 2013, Jasmine has been vested in the fight against hunger and homelessness. Through an initiative she created called Sunday Soul with her company Black Celebrity Giving, she’s cooked and served over 30,000 meals to those experiencing hunger. Crowe has partnered with several celebrities, including hip hop star Future; business mogul, Grammy-winning songwriter, and TV star Kandi Burruss, and R&B singer Raheem DeVaughn. She’s also engaged over 1500 volunteers in five U.S. cities, as well as hosted endeavors in Haiti and the U.K.

“This idea was sparked for me when one of our Sunday Soul events went viral. I saw a lot of the comments asking which restaurants donated the food? The funny thing was, that I actually purchased all of the food myself. I started doing research and was blown away by how much food goes wasted, and how many people go hungry. This is a problem we can solve,â€ said Crowe.

Goodr seeks to be the number-one name is food waste management for the $782 billion a year restaurant industry. The app has an algorithm that matches donors to drivers and partner agencies in near by locations. This ensures the food is delivered in a timely manner, and allows the donor to affect change to the community around them. The app also calculates reports informing the donor of their impact in pounds donated and meals provided for tax deductions. 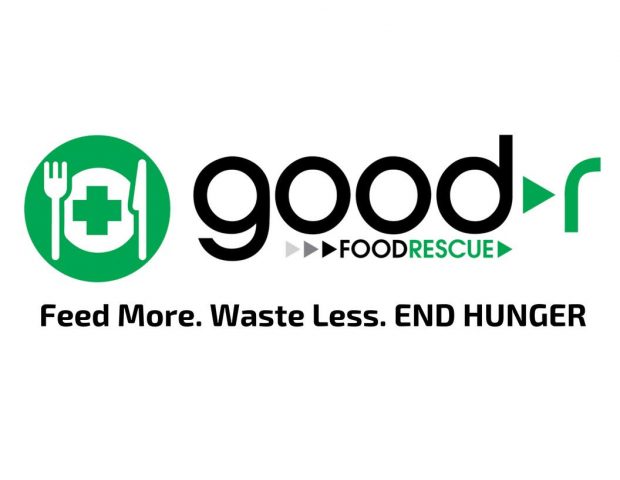 The Goodr Food Rescue App is currently in beta, but plans for a full roll out in Atlanta, which is scheduled for June. After launching in Atlanta, the app will expand throughout the state of Georgia, with plans to launch in a new state every month via a fully scalable model.

Jasmine and her team say they are committed to reducing food waste by 15% and to feeding 25 million people, who suffer with hunger in the U.S. The company has launchedÂ  a Kickstarter campaign, A Dollar and a Dream to End Hunger, to raise $15,000. Funding raised from the campaign will be used to open a food hub where rescued food can be delivered 24/7 and to finish the build out of the app.

To learn more about the Goodr App visit GoodrApp.com.

– Dr. Dionne Mahaffey is an Atlanta-based writer, business psychologist and founder of The WhereU app. Follow her on Twitter @ATLcelebrity @WhereUCameFrom