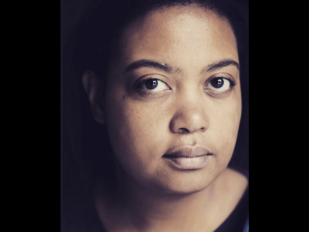 There is a lot of talk these days about getting more women and minorities into the tech pipeline; from sponsoring programs to teaching girls to code, and ensuring recruiters seek out African American candidates.

Nowhere is the diversity issue more evident than in venture capital, which is dominated by white men who fund very few startups founded by women and minorities.Â African American men receive 2% of the VC funding other startups get, while black women get a tiny fraction.

According to DigitalunDivided‘s report, The Real Unicorns of Tech, VC firms lend white men $1.3 million on average, even if their startups fail, compared to $36,000 for black women. In the past five years, black women received a negligible 0.002% of venture capital funding, while the number of black women starting businesses has more than tripled. There are only 11 startups founded by black women that have raised more than $1 million in VC funding, including Black Enterprise 2016 Techpreneur of the Year nominee, Jewel Burks, Co-founder and CEO of Partpic, an Atlanta-based visual recognition startup.

Backstage Capital, the bootstrapped $12 million nano-venture capital fund founded by Arlan Hamilton, is dedicated to minimizing funding disparities in tech by investing $25,000â€$100,000 in preâ€seed and seed stage startups led by high-potential founders who are people of color, women, and/or LGBT. Hamilton entered the venture investing world from an unconventional path. As a band tour manager who’s worked on shows with Pharrell and Justin Timberlake, Hamilton started thinking about the venture industry after seeing others like Ellen DeGeneres, Troy Carter (John Legend’s manager), and Scooter Braun (Justin Bieber’s manager) investing in startups.

As an African American lesbian that started a venture capital fund and the first black woman to lead an AngelList syndicate last fall,Â Hamilton is a rarity. She has seen firsthand how minority funders don’t get invited to meetings by white VCs, and describes her fund as “VC money with an angel vibe.â€

“We don’t get the opportunity to fail the same as a 25-year-old white male,â€ Hamilton says, “For us, it’s all or nothing.â€

She believes white VCs often have a “blind spotâ€ or “unconsciousâ€ bias that they can make money off of products or services spearheaded by women or people of color, leaving billions of unrealized returns on the table.

“The people investing in me are angels, which is very different from other venture funds. For instance, with a $50 million dollar fund, you are talking institutional investors, endowments, and high net worth individuals. That fund is going to be looking to write $5 million checks,â€ she explains.

This year, Backstage Capital is on track to see pitches from approximately 1,000 companies, of which Hamilton projects that 75â€80% of them will have at least one underrepresented founder.