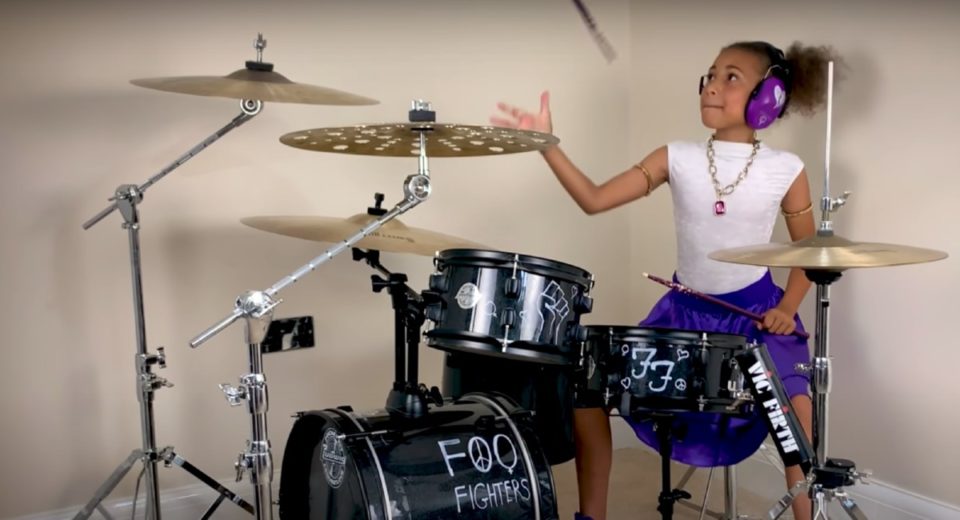 Nandi Bushell, an 11-year-old drumming prodigy, has risen to fame after slaying her performance alongside the Foo Fighters last week.

The UK native finally got the chance to grace the stage with the iconic rock band and perform with frontman Dave Grohl as he belted out the group’s 1997 hit “Everlong” last Thursday, CNN reports. The performance at The Forum in Inglewood came a year after Bushell challenged Grohl to a drum-off battle on social media.

It happened!!! It was #EPIC!!! Thank you so much @foofighters!!! I had the best night ever jamming with you at @TheForum! Thank you so much Mr. Grohl and Taylor! #foofighters – Full Video here: https://t.co/4xJtHT4l3w (My Daddy was screaming a lot in the video it took) pic.twitter.com/QGgZe4xtOB

The performance was one of many between Bushell and Grohl, but the first time the two friends hit the stage together. Despite the decades between them, Grohl has acquired a deep respect for Bushell’s passion and natural skillset on the drums since she challenged him last August, Yahoo News reports.

Grohl was proud to introduce Bushell to the thousands in attendance at Thursday night’s show.

“This person inspired me last year so much,” he said. “In a time when you would pick up your phone or turn on your computer and all you would have was bad news, for that one day you could pick up the phone and see this connection between two people that have never met, making music together and spreading joy and love all across the world.”

The 11-year-old already has thousands of subscribers on YouTube and has performed alongside Questlove and Lenny Kravitz. This is only the beginning for Bushell and her promising music career.