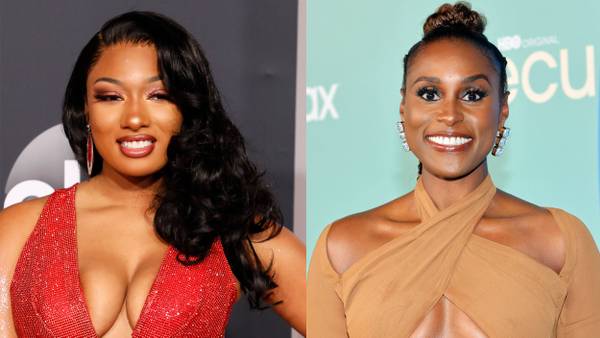 Over the years, social media has become a platform for the Black and Brown community to chronicle their personal journeys while inviting their followers to participate in the “power of manifestation” movement. Twitter, one of the veteran social platforms, has recently joined these efforts in its recent celebrity-driven “manifestation” initiative.

On Jan. 18, Twitter launched its project promoting positive thinking. It will feature many Hollywood personalities “who manifested their dreams” by supersizing their tweets on extra-large billboards around the country. According to Billboard, Megan Thee Stallion and Issa Rae are among the celebrated group whose tweets will appear in their hometown locations in eight cities around North America. Black Girl Magic, yes.

In gratitude for the celebrity’s participation, Twitter will donate $1 million to charities of their choice, including the Boys and Girls Club, Destination Crenshaw, The 3-D Foundation, and UNICEF Canada.

Check out some of the dope, empowering images below:

From way back in 2014, the Houston rapper’s tweet reads, “I need a team bc I promise this rap sh*t gone take off for me.” According to Twitter, she reportedly gained more than 99-percent of her 7.3 million followers after that tweet.

“When I grow up, I want to be a more successful version of me,” 25-year-old Issa Rae tweeted in 2010. Still, over 10 years later, that same tweet has received an outpouring of positive responses from fans celebrating the wins of the Insecure star.

Literally unreal. Manifest your dreams! It costs you nothing and you never know, one day it might come true.

Huge thanks to @Twitter for the love. Never thought in a million year I’d be on a billboard 🤯 pic.twitter.com/yNcVgF4Qd3