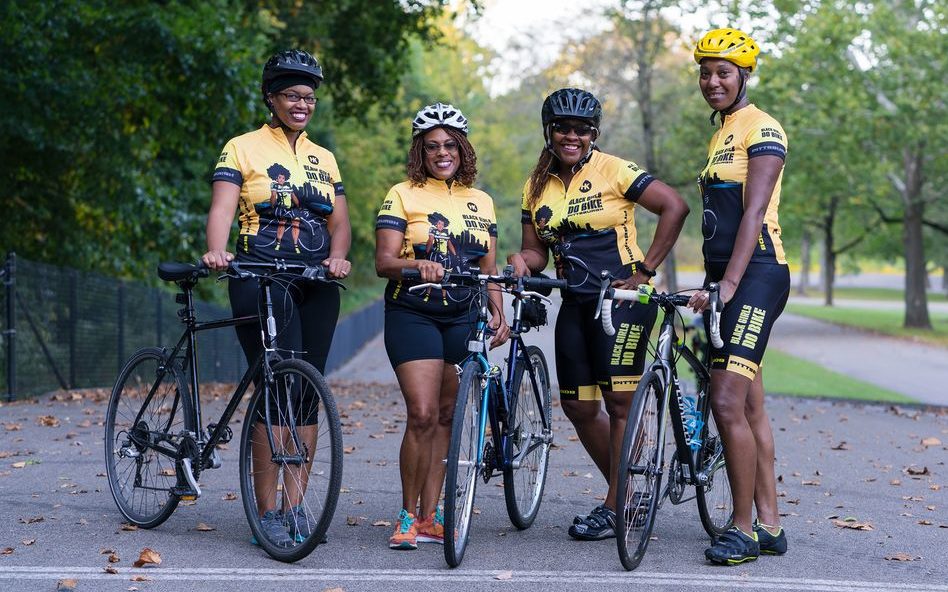 According to the Sierra Club,  during the COVID-19 pandemic, there’s been a surge in biking.

Well, Black Girls Do Bike, the Pennsylvania- based nonprofit with chapters nationwide, has long been a comfortable space where lady cyclists can support, advise, organize meet-ups/rides, and promote skill-sharing, while supporting a community of women of color who share a passion for cycling. In fact, Black Girls Do Bike encourages individuals who are passionate about introducing the joy of cycling to women and girls of color, in addition to all women, to consider heading a chapter in their location.

In an interview with The Pittsburgh City Paper, Black Girls Do Bike founder Monica Garrison said that after taking a long hiatus from riding, she returned to the activity in 2013. It was a way to manage her mental and physical health.

“As a kid, it was one of my favorite activities. Riding my bike was my first real taste of freedom and adventure,” Garrison told The Pittsburgh City Paper by email.

Garrison also informed the newspaper that as a community, Black people in the U.S. are statistically less active than other races. She added that Blacks are more likely to suffer from preventable diseases caused by poor diet and inactivity.

May is National Bike Month. Cycling in bike-friendly cities and locations can be a way to decrease feelings of pandemic isolation, too. For more information about Black Girls Do Bike’s Pittsburgh chapter, visit the group’s Facebook page.