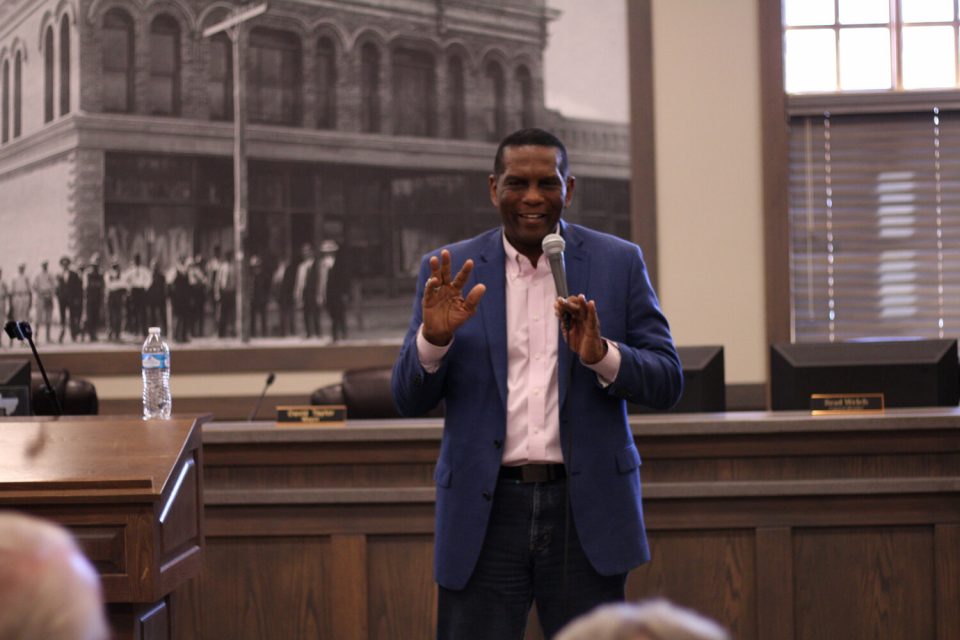 Owens, a hardline supporter of the outgoing president, made the comments to the Salt Lake Tribune, telling them there was “no question,” Trump won the election despite overwhelming evidence suggesting Biden won by receiving more votes than any presidential candidate ever.

Owens, who spent nine years in the NFL as a safety with the Jets and Raiders, told the publication that contesting the Electoral College count was “the right thing to do” because the majority of conservatives say the election was not fair and their views deserve to be heard.

According to Owens, more than 42,000 votes were added to Nevada’s total. However, state officials denied the claim and multiple election lawsuits were dismissed or rejected in the state.

Owens also called out Pennsylvania’s Democratic Party, saying it has done things in the state that are not fair. Burgess has so far shown no evidence to back up his claims.

“My goal basically is just to make sure that I’m doing everything I can to take this to every legal end we have,” Burgess told the Tribune. “And once the official count is done, then we’ll respect whoever the president is.”

Since Biden was declared the projected winner of the election, Trump has tried to complain, lie, and sue his way into reelection, however, the judges he appointed over the last four years have largely stayed out of the situation or have not ruled in his favor.