Here's Why Black Harvard Students Are Holding Their Own Graduation Ceremony 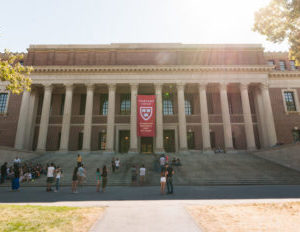 Getting a diploma from Harvard is one of the biggest accomplishments a person can achieve, but for some, it can come as a bigger task than for others.

Aside from studying and taking grueling tests, if you’re a minority, the outer pressures of society make the already challenging coursework even more difficult. Knowing this, Black members of the class of 2017 decided to form an individual ceremony. It’s the first of its kind at the school in recent memory and took nearly a year to plan.

The separate graduation is an effort to highlight the aforementioned struggles and resilience it takes to get through those.

“This is an opportunity to celebrate Harvard’s Black excellence and Black brilliance,â€ Michael Huggins, a soon-to-become Masters graduate from Harvard’s Kennedy School, told The Root. “It’s an event where we can see each other and our parents and family can see us as a collective, whole group. A community.â€

“This is not about segregation,â€ He added. “It’s about fellowship and building a community. This is a chance to reaffirm for each other that we enter the work world with a network of supporters standing with us. We are all partners.â€

Recently, across America, there have been incidents of racism — both in comments and violence — at college campuses. Hopefully, the ceremony reminds people that minorities have to encounter certain challenges that others don’t.

Harvard is reported as having a 96 percent graduation rate for black students who remain in school for an average of six years. Stanford, Temple and Columbia all have Black student graduations, which have been criticized for appearing divisive.

Do you agree? Let us know below in the comments section.

This article was written by Paul Meara and originally appeared on BET.com.