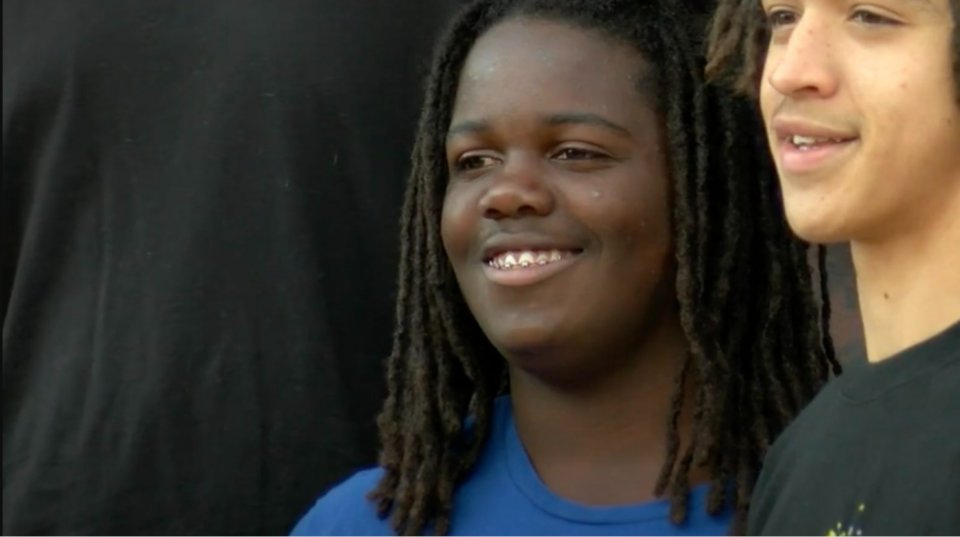 A Black 14-year-old high school freshman in South Dakota is being forced to either trim his locs or find a new school.

The parents of Braxton Schafer are speaking out after administrators at O’Gorman High School told them on Friday that Braxton had to cut his hair or leave their institution, the Argus Leader reports.

The current uniform code specifies that boys’ hair length must be above the collar. However, Braxton has been wearing his hair in locs in schools under the O’Gorman umbrella since middle school.

“Can students wear dreadlocks? Yes, they can,” Groos said. “We simply want the length of the hair to be at the collar or right above the collar. Right there is what we ask for. To be clean, neat, and well-cared for.”

The school enacted the policy in 2018, and Braxton’s family thinks the timing is unfair.

“He’s had one haircut his entire life, so cutting his hair would be significant,” Derreck told KKTV.

However, the school isn’t backing down on its demands.

Braxton is an active school band member and played his first football game Thursday. His mom, Toni Schafer, is worried about having to pull him out of school due to how active he is with extracurricular activities.

“Since he’s practiced and had a game, he would not be able to transfer into another school and continue with the activity,” Toni said.

After several conversations, the school decided to let Braxton finish the semester without cutting his hair, but after the semester ends, the teen will transfer to a different school.

“We’re sitting here talking about haircuts when I’m sending him there for an education, and we’re getting booted because we have long hair,” Toni said.