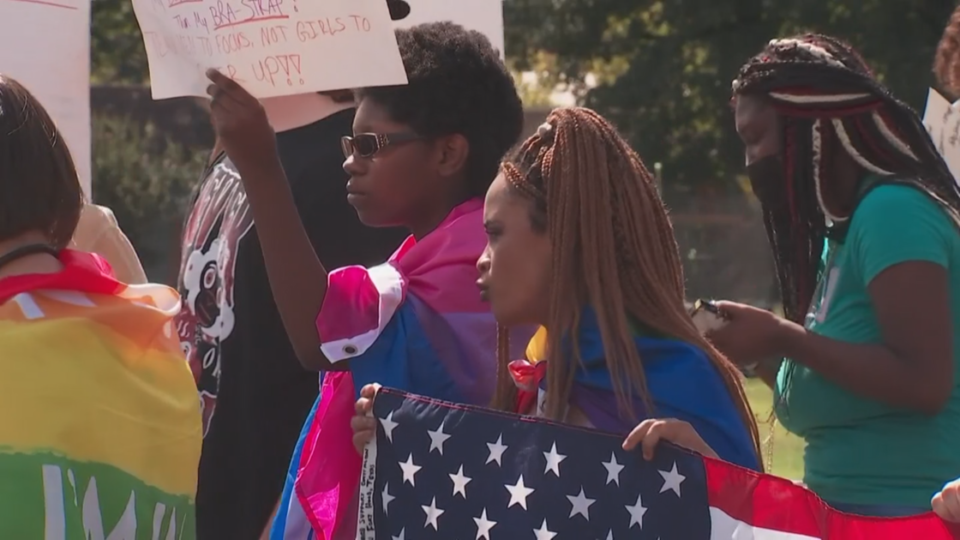 Coosa High School in Rome, Georgia is under fire after a group of Black students were suspended for planning a protest against a Confederate flag that was allowed to be waved by white students.

Lilyan Huckaby, a white Coosa High School student, said she was “yelling and loud,” in meeting with school administrators, but “they didn’t suspend me,’ Yahoo reports. However, when a group Black students organized a peaceful protest at the school they were suspended.

“All the African Americans, they suspended them, and they didn’t suspend them,” Huckaby said referring to the white and Hispanic students who were not suspended, the outlet reports.

Their suspensions came after four white students seemingly got away with waving a Confederate flag around the school without any punishment. The students reportedly hurled out racial slurs while waving the flag at “farm day”- a themed event for spirit week leading up to the school’s homecoming.

The day after farm day, several students of Black, white, and Hispanic descent went to the school administration to express their gripes over the Confederate flag.

“I feel the Confederate flag should not be flown at all. It is a racist symbol and it makes me feel disrespected,” student organizer Jaylynn Murray told WGCL-TV.

Video shared on Twitter shows a large group of students who had been suspended for speaking out against the discrimination taking place at the school.

“The administration is aware of tomorrow’s planned protest,” the administrator said over the intercom before the planned demonstration. “Police will be present here at school and if students insist on encouraging this kind of activity they will be disciplined for encouraging unrest.”

However, students say only the Black students were suspended with the white and Hispanic students who participated in the Friday protest somehow dodging suspension, CBS 46 Atlanta reports.

“I felt really disrespected how the school didn’t do anything about it, and when we are not allowed to wear BLM (Black Lives Matter) stuff, and they are allowed to carry a racist flag around,” student Deziya Fain said.

Many parents of the students supported the protest and brought the students food and water while they stood outside. However, the suspensions remain ongoing and will last from Friday, Oct. 8,  to Friday, Oct. 22. The suspended students also won’t be allowed to attend the homecoming event.