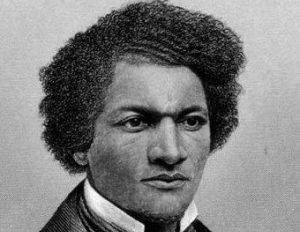 Nine years before Nat Turner led the 1831 slave revolt in America, Denmark Vesey was executed on July 2, 1822, for allegedly plotting to lead an insurrection involving 9,000 slaves.

It is believed that Vesey was born circa 1767 onÂ the West Indies island of St. Thomas, and he was later sold into slavery as a teenager. Despite being a literate, educated, and skilled carpenter, he worked as aÂ household servant to Captain Joseph Vesey, who settled in Charleston, South Carolina in 1783.

In 1800, Vesey won $1,500 in a lottery, and he used the money to buy his freedom. He also purchased a carpentry shop and became a well respected artisan and minister. Despite his financial success, he could not buy his wife, Beck, or their children out of slavery, because their master refused to sell them.

According to bio.com, Vesey began using his ministry and the Bible to organize an insurrection against slaveholders and other white people living in Charleston:

“By 1818, he was preaching to slaves at plantations throughout the region and, drawing on the Bible, he told them that, like the Israelites, they would gain their freedom. Although he would later deny it, he allegedly held meetings at his home to collect arms for an uprising he was planning for as many as 9000 African-Americans in South Carolina. The plan was betrayed by several fearful slaves and he and others were seized.

He defended himself ably at his trial, but was sentenced and hanged, along with about 35 blacks; some 35 others were sold to West Indian plantation owners. It would have been the largest slave revolt in U.S. history, but its end result was the passing of even stricter laws against African Americans.”

Although Vesey’s secret plan to lead a massive slave revolt, then relocate to either Africa or Haiti, is generally accepted as truth, some historians believe that Vesey was falsely accused of organizing this, and that the revolt was just a rumorÂ spread among fearful slave owners.