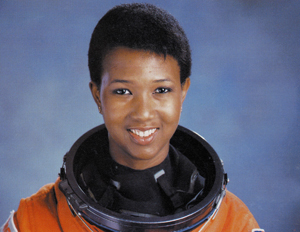 It’s no secret that African Americans are underrepresented in the Science, Technology, Engineering & Mathematics (STEM) fields. According to News One, experts agree that the reasons for this are twofold: One is the need for better education for African-Americans from a much earlier age; and the second prong of the problem is the cost of quality education. Too often, black students drop out of college because of financial pressures, making pursuing a STEM career challenging.

Sometimes career inspiration is found while discoveringÂ successful people doing a job we didn’t even know existed. Check out this phenomenal list of 20 notable black leaders and innovators in STEM fields compiled by Mashable:

1. Guion Bluford Jr. was the first black man and Mae Jemison the first black woman to travel in space (in 1983 and 1992, respectively). Bluford is an engineer and was a colonel in the United States Air Force before participating in four space shuttle flights. Jemison, a physician by trade, has received numerous awards and honorary doctorates.

2. Roy Clay Sr. is a Silicon Valley pioneer, having worked as the research and development director of Hewlett-Packard (HP)’s computer division, working on the design and construction of the company’s first computers in the 1960s. He later founded Rod-L Electronics, which tests for safety in electrical equipment.

3. Mark Dean helped develop the once-ubiquitous IBM PC, holding three of IBM’s nine original patents. In 1999, he sought to create a voice-activated tablet, and wrote in 2011 that he uses a tablet as his primary computer. Dean is now the CTO for IBM Middle East and Africa.

5. James E. West invented the first practical electret microphone, which uses a charged material instead of needing a polarizing power supply. It is commonly used in cellphones, cameras and digital recorders around the world. West won the Benjamin Franklin Medal in electrical engineering from the Franklin Institute in 2010.