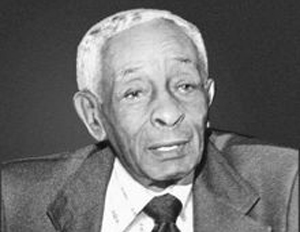 C. Felton “Zipâ€ Gayles is one of three former college basketball coaches being inducted into the 2015 National Collegiate Basketball Hall of Fame. Gayles is considered a trailblazer for integration for trying to organize a game between his basketball team at Langston University, a historically all black college, and Oklahoma A&M in the segregated times of 1946. According to the Collegiate Basketball Hall of Fame, the request was rejected by the A&M Board of Regents.

When Gayles was inducted into the Oklahoma Sports Hall of Fame, the local website NewsOK.com reported the story similarly. “We won the black version of the national championship and they won the white version,â€ former Langston player and Harlem Globetrotter Marques Haynes said in that article. “Zip Gayles and Hank Iba (coach of Oklahoma A&M) got to know each other pretty good. So Iba offered to play us one game, at least, and maybe two-out-of-three, and Zip was for it. They agreed they would play the game and Iba said, ‘Let me get back to you.’ â€

Haynes said Iba was later told, “Don’t even think about it,â€ by the Board of Regents during those days of segregation.

According to the press release issued by the Collegiate Hall of Fame, Gayles joined Langston University in 1930 as a social science instructor, athletic director and head coach of football, basketball and baseball. From 1944-46, his basketball teams, led by long-time Harlem Globetrotters star Marques Haynes, won 51 straight games, had an overall record of 571-281 and won two National Negro championships.

Gayles died in 1985. He will be inducted in November along with former coach of the University of Dayton Don Donoher, and former New Mexico State and Illinois coach Lou Henson.