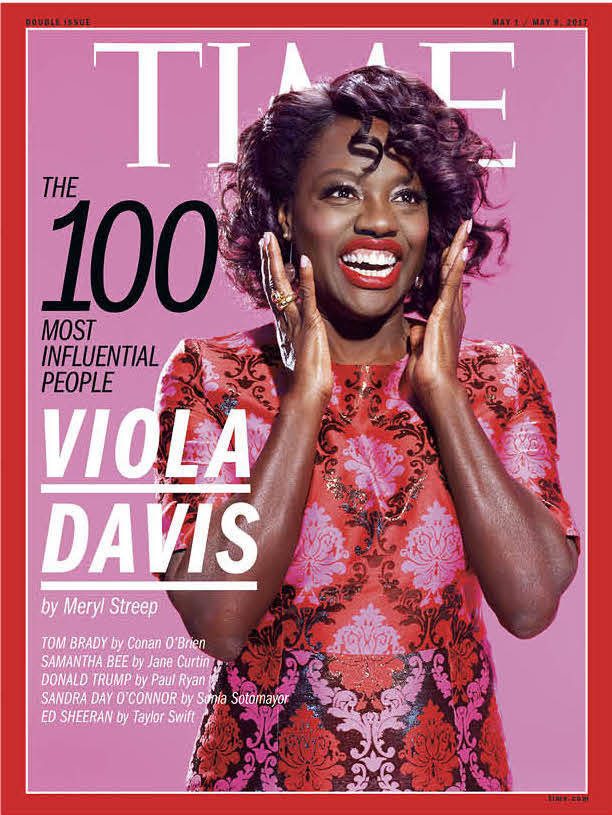 The 2017 “Time 100â€ list of the world’s most influential people includes a colorful array of world leaders, icons, and change-makers, as well as a number of black influencers who exude black excellence.Â John Lewis, Colin Kaepernick, Ava DuVernay, and Simone BilesÂ areÂ just a few of theÂ blackÂ men and women who were honored by the magazine this year. Meanwhile,Â Viola Davis and John Legend were selected to grace two out of fiveÂ different Time covers. 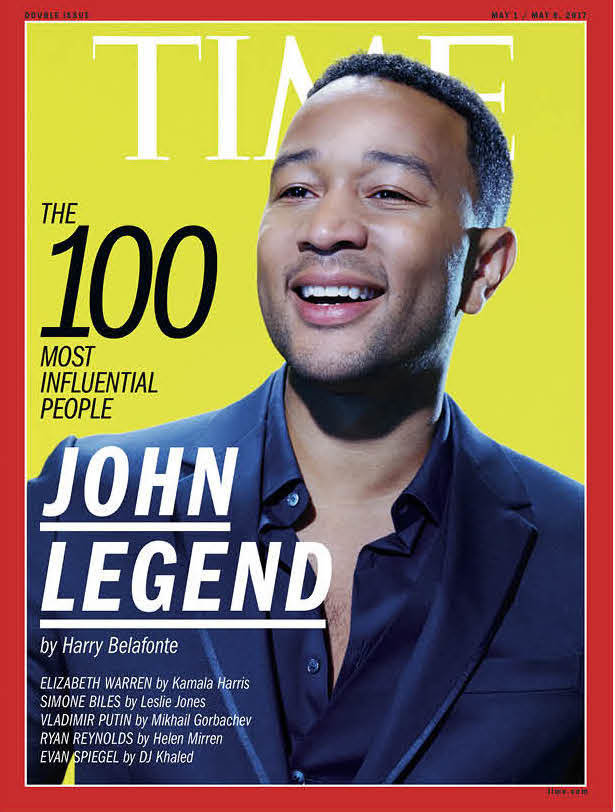 Each year, the “Time 100” celebrates creatives, scientists, political leaders, and athletes, for the impact they make in society, whether good or bad. Time Editor-in-Chief Nancy Gibbs told CBS This Morning that the criteria to make the list is based on how they shift and shape cultural trends, public discourse, and the way people see the world.

Here are the black men and women who made the cut:

Each honoree also received a short tribute note written by fellow icons, who oftentimes work in their respective industry. Here are a few excerpts below:

Years ago, my grandmother asked me to call her friend’s grandson. “I want you to give him some words of encouragement,â€ she said. “He wants to be a rapper.â€ She gave me his number, and I left him a message. I told him to keep following his dreams. Then I forgot all about it.

Years later, my teenage daughter played me a new mixtape she loved from an artist named Chance the Rapper. There was something unique and soulful about it–I could tell he really knew hip-hop. And when I first met him, I realized that he knew me too. “You won’t remember this,â€ he said, “but you called me when I was a kid.â€

Chance upends expectations about what artists, Â­especially hip-hop artists, can do. He streams his albums instead of selling them. He makes music from an unapologetically inspiring and Christian perspective–music that transcends age, race and gender. He gives back to his Chicago community. And he does it all as an independent artist, without the support of a label.

I’m glad Chance followed his dreams. I hope he always does.

Of The Exorcist, James Baldwin once wrote, “I was most concerned with the audience. I wondered what they were seeing, and what it meant to them.” Sitting in a crowded theater, I wonder the same as I take in Jordan Peele’s astonishing Get Out. In the shifting laughter lacing the room, at once rancorous, nervous, defensive and, yes, knowing, a cinema maxim is turned on its head–rather than presenting us a mirror, this multi-hyphenate auteurist shows us more of ourselves than we ever wanted to see, a window through which America is left no choice but to recognize the purgatory of her own sunken place.

This isn’t new for Jordan. Alongside Keegan-Michael Key of Key & Peele, he’s used comedy to shed light on the murky detritus of American exceptionalism for years. With the success of Get Out, it’s clear he’ll do so for many more.

And while I won’t quote Baldwin again, of this I’m sure: he would have loved this film. As well as its maker. As the audience tenses around me, Baldwin’s dictum rings true: Â­Jordan Peele is America. And she is him.

From the first page of Colson Whitehead’s extraordinary novel The Underground Railroad I knew I was reading something ground-shifting. I’ve been a student of African-American history since about age 14, and I thought I knew just about everything there was to know about slavery and the Freedom Train. But that’s what’s so powerful about great literature: it deepens your perspective, opens your consciousness and allows you to be in the shoes of its characters, journeying alongside them.

In the year since I first read this book, it has been affirming to see how it’s been embraced, winning the Pulitzer Prize and becoming a No. 1 best seller. I believe that’s because Colson has a vision about what it means to make art. He didn’t just write a historical novel about slavery and courage and the beating heart of freedom. Although the struggle continues and our challenges are not behind us, the brilliance of his vision is that he reminds us that, like his heroine Cora, we can never give up hope, can never stop trying.

When you spend your life embodying other lives, if you are successful, the one that belongs to you can silently slip behind. But Viola Davis’ hard-won, midlife rise to the very top of her profession has not led her to forget the rough trip she took getting there. And that is why she embodies for all women, but especially for women of color, the high-wire rewards of hard work and a dream, risk and faith.

Viola has carved a place for herself on the Mount Rushmore of the 21st century–new faces emerging from a neglected mountain. And when she tells the story of how she got from where she was to where she is, it is as if she is on a pilgrimage, following her own footsteps and honoring that journey. Her gifts as an artist are unassailable, undeniable, deep and rich and true. But her importance in the culture–her ability to identify it, her willingness to speak about it and take on responsibility for it–is what marks her for greatness.

You can find the complete TIME 100: The Most Influential People list here.